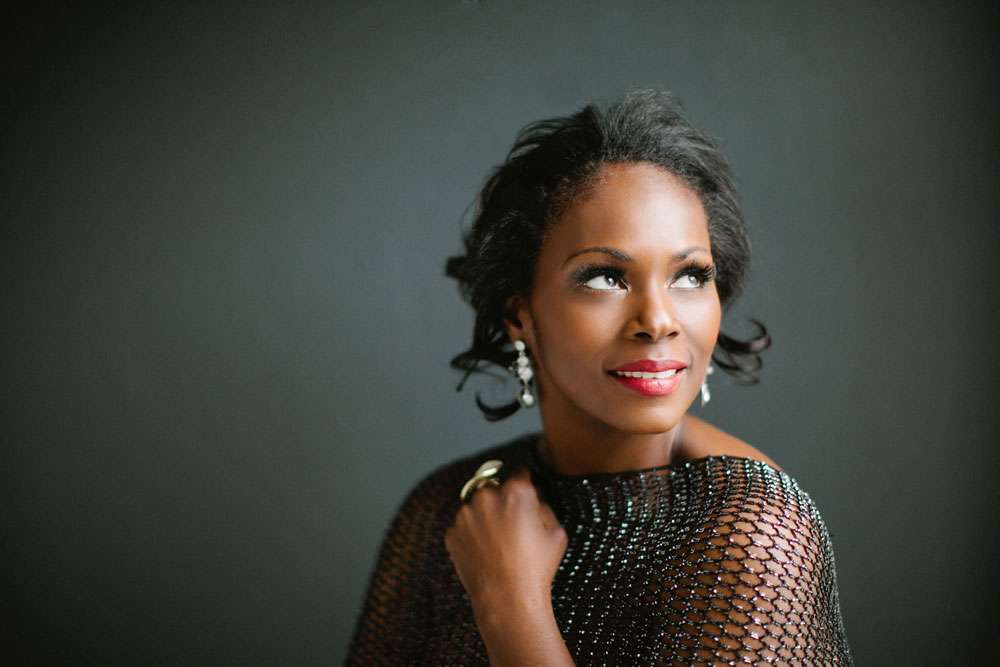 Rome, Ga. — Soprano Indra Thomas, Director of Opera at Shorter University, will sing two arias in memory of the victims of the shooting at the Tree of Life Jewish Synagogue as part of a Feb. 13 concert at Carnegie Music Hall in Pittsburgh, Pa.

Thomas’ performance is part of a concert presented by the Colour of Music Chamber Orchestra. The event will feature Mahler’s Adagietto from the Fifth Symphony, arias by Giordano and Verdi, and the work of two African American composers, including the world premiere of Casop: Requiem for Rice Unburied, Unmourned, Unmarked. For tickets or event information, visit https://www.colourofmusic.org/event/casop-requiem-for-rice-orchestral-debut.pgh/.

Considered one of the foremost Aidas in the world today, Thomas has appeared at many of the world’s great opera houses, such as the Metropolitan Opera and the Vienna State Opera; and prominent venues in France, Germany, Spain and England, including the Royal Albert Hall. Among numerous top orchestras with which she has appeared are the New York Philharmonic, the London Symphony and Leipzig’s Gewandhaus Orchestra – as well as leading orchestras in Paris, Spain, Brazil, the Netherlands, Japan, Finland, South Korea, Malaysia, Abu Dhabi, Boston, Cleveland and Detroit.

In the wake of her professional debut at Carnegie Hall in Messa di Requiem by Verdi, her work has been marked by rapturous public and critical acclaim. She soon blossomed into one of the world’s truly great operatic and concert sopranos, with a particular affinity for Verdi roles. In constant demand, her performances are consistently distinguished by the striking vocal beauty and deep emotional impact of her singing — as well as her smoldering intensity as a singing actress.

Thomas has graced several famous music festivals, to include the London Proms, Bregenz Festspiele, Chorégies, d’Orange and Festival International de Musique de Colmar; she has toured widely, and has been featured in many radio and television broadcasts. Her signature Verdi roles are in Aida, Il Trovatore, Un Ballo in Maschera, Don Carlo and La Forza del Destion – as well as the Requiem: her favorite Verdi work. She has also appeared to great acclaim in operas by Puccini, Wagner, Mozart and Bellini. Her favored non-operatic music encompasses Beethoven’s Symphony No. 9 andMissa Solemnis, Britten’s War Requiem, Tippett’s A Child of Our Time, Wagner’s Wesendonck Lieder, R. Strauss’s Four Last Songs, and Mahler’s “Symphony of a Thousand” (No. 8). She has recorded for NPR, as well as the LSO Live and Naxos labels; her work has garnered both an Emmy and a Grammy nomination.

A minister’s daughter, Thomas was born and raised in Atlanta. Her mother, a gifted amateur singer, served as young her first voice teacher. While in her teens, she first came to wide- spread attention when she sang “What a Friend We Have in Jesus” in the funeral scene of the Academy Award-winning film Driving Miss Daisy. She is a graduate of Shorter and the prestigious Academy of Vocal Arts.

Believe Conference to Equip Students to Walk Confidently in Faith