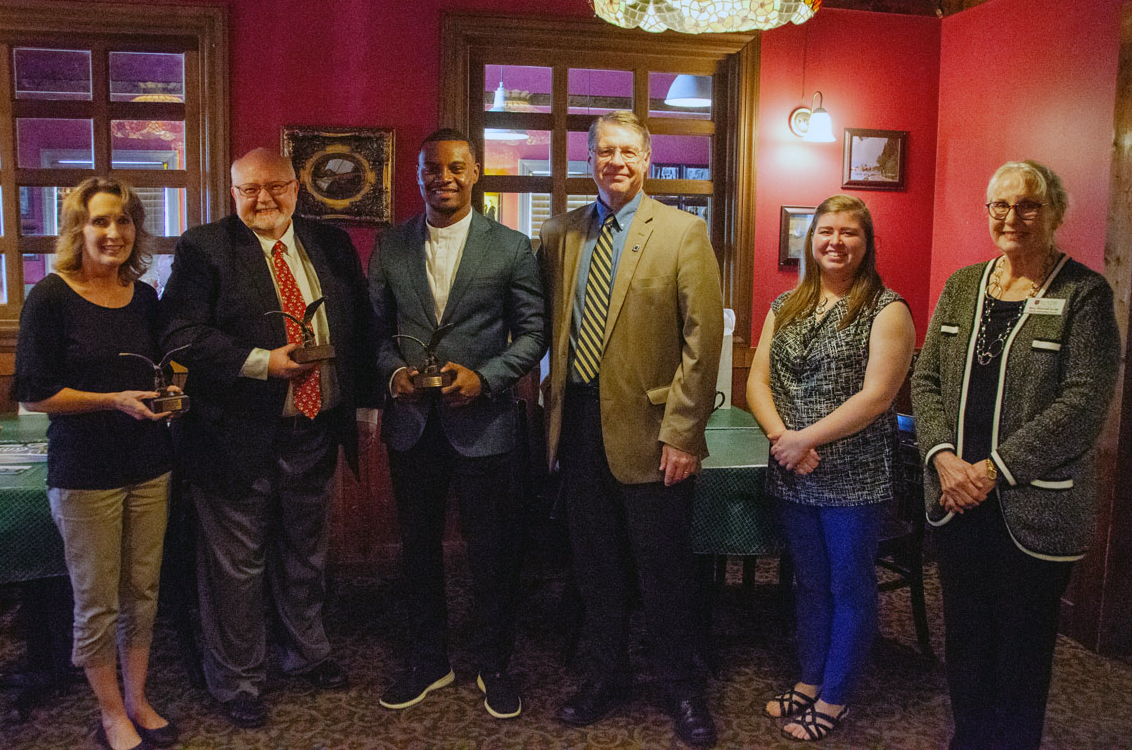 The Distinguished Alumni Award recognizes outstanding personal achievement, public service, or accomplishment. Dr. Wright is a 1979 honor graduate of Shorter with a B.A in Religion, Communications, Speech and Drama. He served two years as a missionary journeyman in Thailand with the SBC’s International Mission Board. He earned a Master of Divinity and Ph.D. at Southwestern Seminary and completed additional coursework at Baylor University and Fuller Seminary. He also served as a visiting scholar at the Whitefield Institute of Oxford University. Dr. Wright was the founding pastor of the First Laotian Baptist Church and Saginaw Laotian in Texas and was instrumental in the founding of the First India Baptist Church and helped begin an African American mission in Atlanta; African-American churches in Mobile, Alabama; and a Filipino church in Clarkston, Georgia, among others. He is the author of three books and dozens of articles and training resources. He has taught in seven seminaries as an adjunct in the United States and overseas, at the University of Mobile, and online at Liberty University. Fluent in Laotian and Thai, Dr. Wright served with the Home Mission Board and North American Mission Board for 22 years in the Language, Evangelism and Prayer Departments. He has been Executive Director of Missions in Mobile, Alabama, since 2005 where he has led them to grow from 99 to 118 churches and missions. Trained in SBC Disaster Relief, he led the Mobile Baptist Association in ministry during Hurricanes Katrina (2005) and Sally (2020) where thousands of volunteers were processed and hundreds of families received hope and help with storm damage. He has been married for 37 years to his wife Donna, a 1981 graduate of Shorter. They have two married children, Jason and his wife Sarah, and Amy and her husband Seth.

The Distinguished Alumni Service Award recognizes outstanding service to Shorter in leadership, volunteerism, on-campus service, recruiting efforts or financial support. Ms. Himes serves as Senior Executive Assistant to the President; she has ably served in this role since 1999 under the leadership of four University Presidents. She earned an Associate of Applied Science in General Business from Floyd College in 1995 and a Bachelor of Science in Business Administration from Shorter in 1998. The Cedartown native previously worked for the Polk School District Board of Education and Northwest Georgia Credit Union. She is the daughter of Charles Himes and the late Carmen Himes and is a member of Anna Kresge United Methodist Church.

The Distinguished Young Alumni Award honors a Shorter graduate from the past 10 years who has shown promise though professional achievement, community service and/or dedication to the University. Mr. Mitchell attended Bluefield College in Virginia on a football scholarship before transferring to West Hills Community College in California, eventually completing his semester online at home in Villa Rica. With no guarantee of where he would finish his collegiate career, he made a trip to Rome, Georgia and was granted a scholarship by Coach Phil Jones. His two years at Shorter University had their share of pain where he blew his knee out in practice and had to have emergency knee surgery. Determined to get back to what he loved, he worked hard with the physical therapist and recovered in record time. He graduated on December 15, 2016 with a Bachelor of Arts, Communication Studies and on May 8, 2020 with a Master of Arts, Special Education. He works at Alexander High School in Douglasville, Georgia, where he is the Athletic Coordinator over Recruiting and Eligibility, Special Education Math Teacher, Director of Football Operations, Cornerbacks Coach for the Varsity football team, and Head 9th grade Basketball Coach. He is the son of Kimberley Brooks and Larry Mitchell. He has three brothers, Rafael, Jamal and Jalen and a special aunt/mom, Tandra Hudson.

Shorter Grad Talks with Students about Moving Forward toward Success