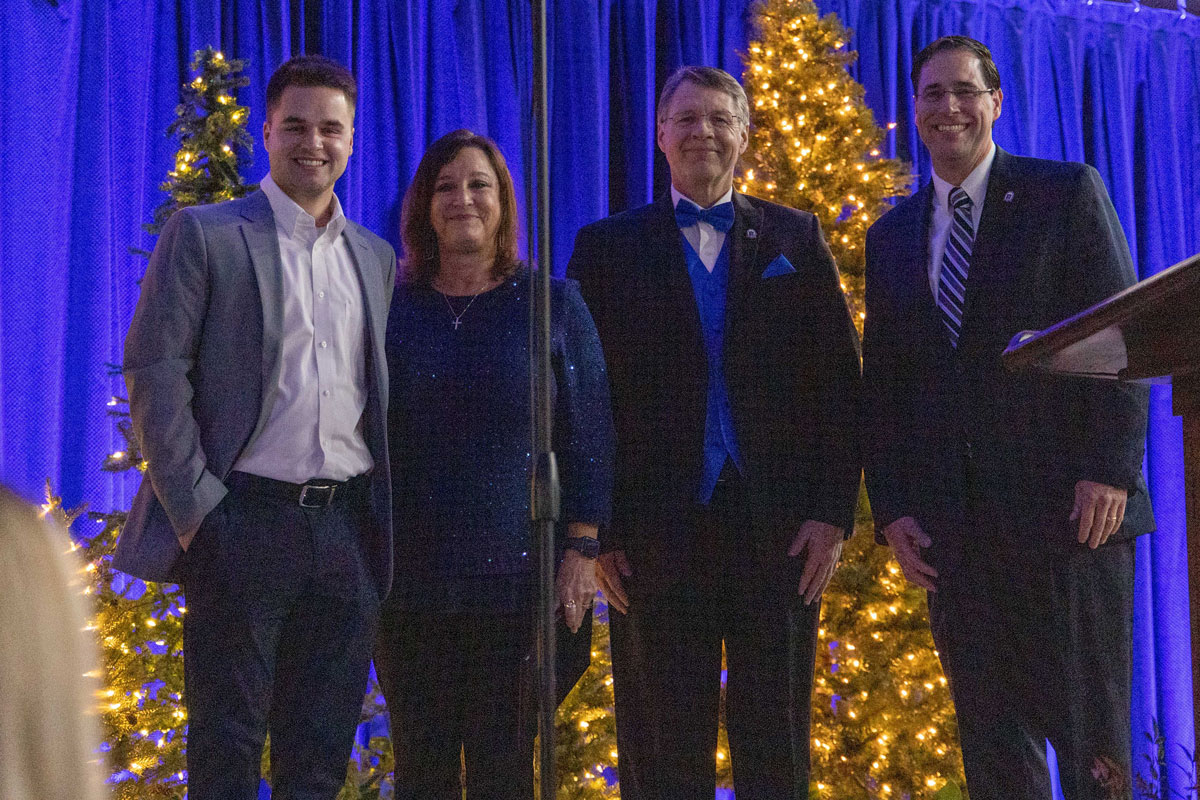 Rome, Ga. — Shorter University’s 2021 Christmas on the Hill President’s Gala included a wonderful celebration of the life and legacy of Dr. Bob Stinchcomb, who was Department Chair and Assistant Professor of Sport Management at the time of his death.

Mrs. Debbie Stinchcomb and members of the Stinchcomb family were special guests for the event. During the ceremony, Shorter President Dr. Don Dowless presented Mrs. Stinchcomb with a plaque commemorating the establishment of the Robert “Dr. Bob” Stinchcomb Memorial Scholarship in memory of her husband. Joining in the presentation were senior Sport Management major Noah Hightower, who is the first recipient of the Stinchcomb Scholarship, and Shorter’s Vice President for University Advancement Dr. Ben Bruce.

The scholarship was established as part of Shorter’s SUForward Campaign to honor the memory of Dr. Stinchcomb, who joined Shorter’s faculty after a distinguished career as an athletic director and coach at Darlington School, Appling County High School, Eagle’s Landing High School, and Madison High School (Florida). He was inducted posthumously into the Georgia Athletic Directors Association Hall of Fame.

“Shorter University was blessed to have Dr. Bob Stinchcomb as a member of our faculty,” Dr. Dowless said. “The program he led is now ranked as a top program in the nation. This endowed scholarship is a permanent legacy to honor and remember his positive spirit and dedication to our Lord and his investment in equipping students for success. We were honored to have Mrs. Debbie Stinchcomb and the family as our guests for this celebration. Family and friends of Dr. Bob Stinchcomb have given generously, and the endowment now totals more than $30,000.”

Contributions honoring Dr. Stinchcomb can be made at www.shorter.edu/bob_stinchcomb.