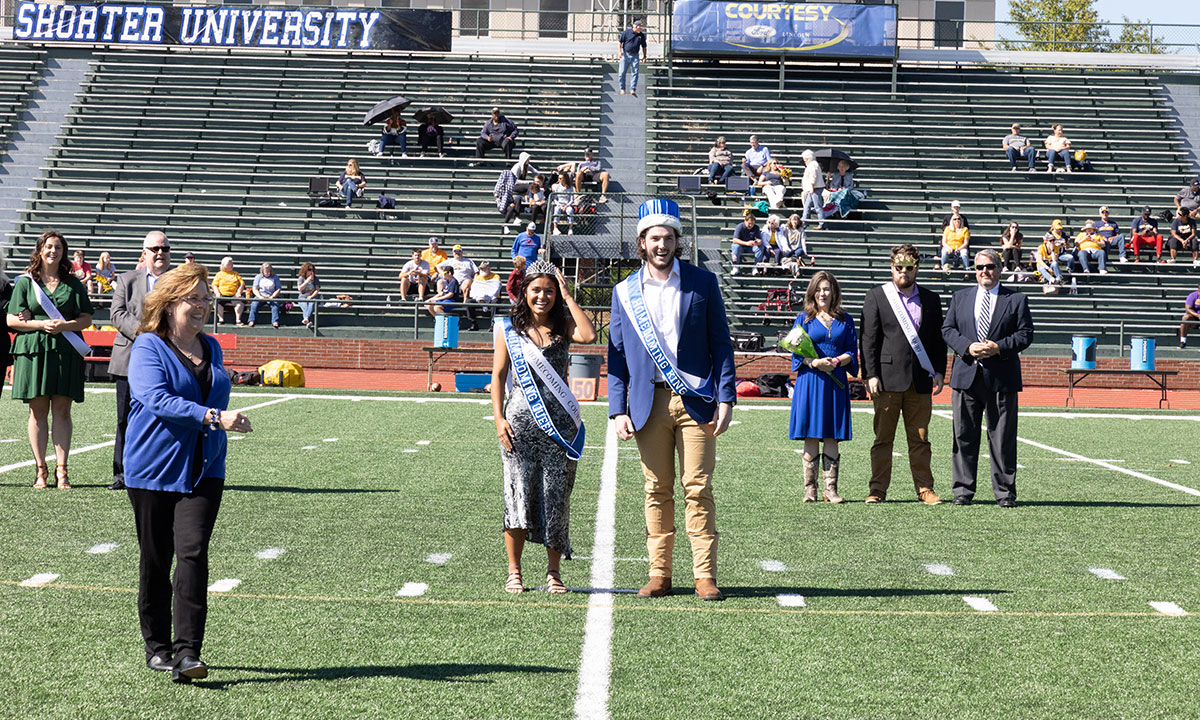 Johnson is a senior Christian Studies major from Dalton, Ga., and is College Ministry Intern at Sherwood at Rome. After graduation, he plans to pursue a Master of Divinity through the New Orleans Baptist Theological Seminary. He is the son of Ron and Lisa Johnson.

Bloedow is a senior Communication Studies major from Tampa, Fla., She plans to pursue an MBA in Marketing at Shorter and play another year on the Shorter women’s lacrosse team. She is the daughter of Flint and Rosa Bloedow.

Other students selected as part of the Homecoming Court were:

Carson Evans, a senior Mathematics major from Smyrna, Ga., who plans to pursue an advanced degree in Engineering.

Jenny Hernandez, a senior Sport Management major with a Spanish minor from Buford, Ga. She plans to return to Shorter and pursue a degree in Business Administration and hopes to work for the Atlanta Braves.

Noah Hightower, a senior Sport Management major from Jesup, Ga. He plans on pursuing a Master of Arts in Sports Administration at the University of Alabama.

Casey Raschen, a senior Communications major with a Sport Management minor from Peachtree City, Ga., who plans to pursue an internship with Disney.

Jessi Stallings, a senior Biochemistry major from Baxley, Ga. She said she would love to come work at Shorter University or do whatever God leads her to do.

Baraka Salumu, a senior Music Education major from Douglasville, Ga. He plans on pursuing a career as a high school choir director or an elementary music specialist.

Emily Wilder, a senior Voice Performance and Music Education major with a Musical Theatre minor from Milton, Ga. She plans on attending grad school and traveling the world to perform and spread the Gospel.

Timothy Thomas, a senior Worship and Music Leadership major from Marietta, Ga.  He plans to attend Southwestern Baptist Theological Seminary to pursue a Master of Music and Master of Divinity while also pursuing his call to be a full time Worship Pastor.