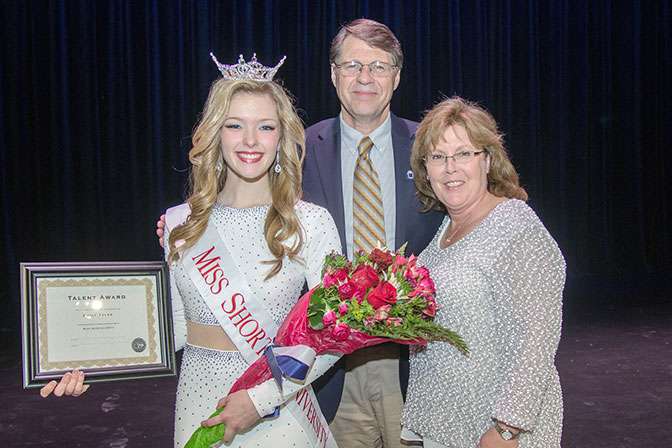 Tyler, who also claimed the pageant’s talent award, was selected as Miss Shorter University by a panel of three judges and received a $1,500 scholarship. She will go on to compete in the Miss Georgia Scholarship Pageant in June 2017.

“Emily Tyler shines the light of Jesus wherever she goes. She is a bright and beautiful young woman who is more than deserving of this honor,” said Cassie Thomas, director of the Miss Shorter University Pageant.

The Miss Shorter Pageant, which is presented by Shorter’s Office of Student Life and the Student Government Association, featured a private interview, talent, lifestyle and fitness competition, an on-stage question, and an evening wear competition.

Ledbetter College of Business Dean Honored by His Alma Mater