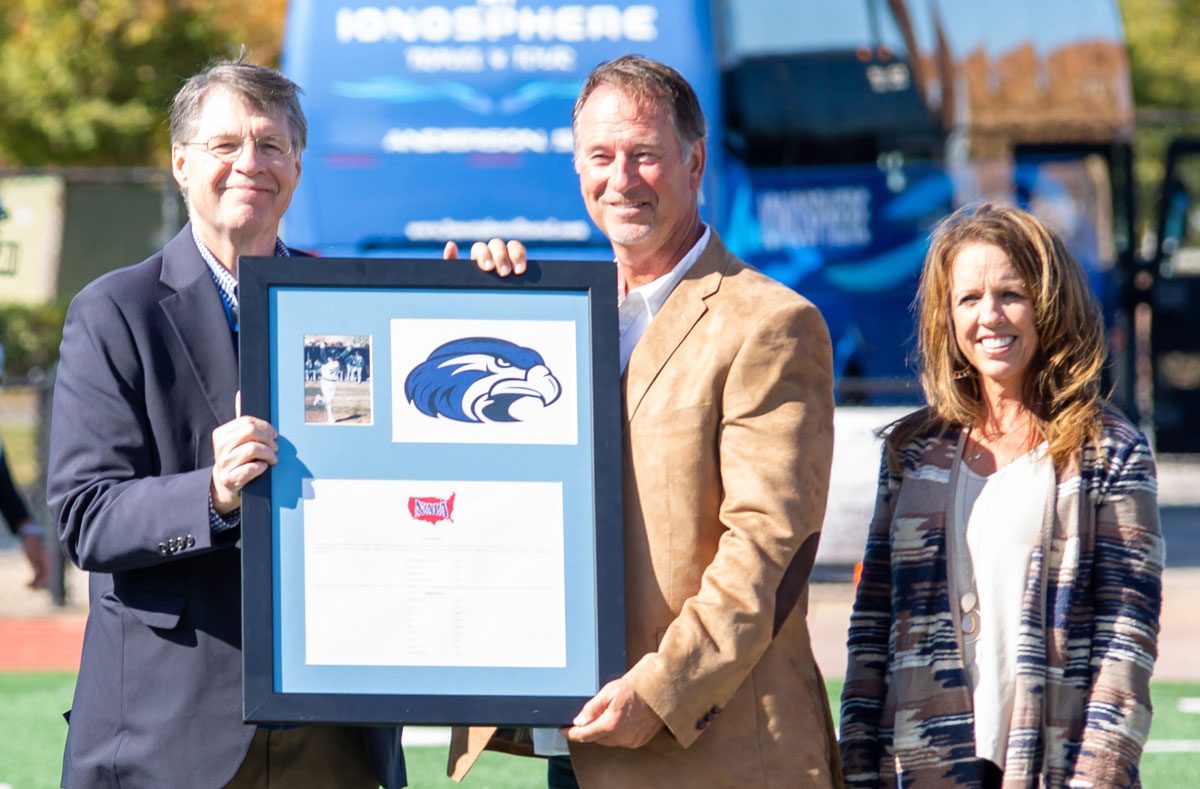 Shorter University Athletic Director Richard Hendricks said, “We are proud to welcome Jacin Bagwell as the newest member of our Athletic Hall of Fame. He compiled impressive stats throughout his baseball career and has continued to excel on the tennis court. Most importantly, he is a dedicated family man and community leader, who exemplifies the outstanding qualities for which Shorter alumni are known. We are delighted to celebrate his accomplishment.”

Bagwell signed a baseball scholarship with Shorter and played for Hall of Fame Coach Hamp Alexander. Quickly becoming a star on Shorter’s baseball team, he started and played in every game for three seasons. He went on to sign a professional contract with the Pittsburg Pirates after being selected in the 11th round of the professional draft in 1982. Bagwell played for the Bradenton Pirates and then was promoted to the Greenwood Pirates, and eventually returned to Shorter College and graduated with a BS in Recreation Management in 1984.

Bagwell was a two-time GIAC-All-Conference, two-time All-District 25, one time All-Area-5, and one-time NAIA All-American-Honorable-Mention. He was named one of the Tri-Captains his junior season and was also awarded the Joe Hackett Memorial Award for being the MVP. Bagwell’s stats include 155 games, 513 at bats, 132 runs scored, 186 hits, 147 RBIs, 42 doubles, 6 triples, and 36 homeruns. His career ended with .363 batting average.

Between his Shorter seasons, Bagwell played baseball with summer league teams. He led his Dixie major senior team to a 22-5 regular season record and a district championship. He also led the team in hitting with a .471 batting average.

In 1981, Bagwell led his team from Roswell in the Stan Musial 18 and over team to 30-5 regular season record. He led the team in hitting with a .382 avg., with 8 homeruns and 38 RBIs. Bagwell’s team won the State championship, the Southeastern championship, and the National championship by winning the World Series in Battle Creek, Michigan. During this series, Bagwell batted for a .444 average and tied a tournament record set in 1939 by Slick Cross by collecting three doubles in Roswell’s semi-final victory over Long Island.

Prior to his playing days at Shorter, Bagwell was a four-year starter for the varsity team at second base and shortstop. During his junior year, he had the highest batting average on his team, leading at a .415 average. Bagwell also played basketball for Calhoun High School for the JV and Varsity teams, where he was awarded “Best Defensive Player.”

Since Bagwell’s baseball career, he has been very active on the tennis court. His teams have won 10 Georgia State Championships and two Southeastern Sectional Championships.

Bagwell has two children, Cayla Pulliam and Josh Bagwell; a son-in-law, Dayln; a daughter-in-law Magen; two stepdaughters, Molly and Megan; and four grandchildren: Ava, Jax, Gunner and Ellie. Bagwell lives in Pine Log with his wife Missy. He is now retired but has multiple business interests in Calhoun.