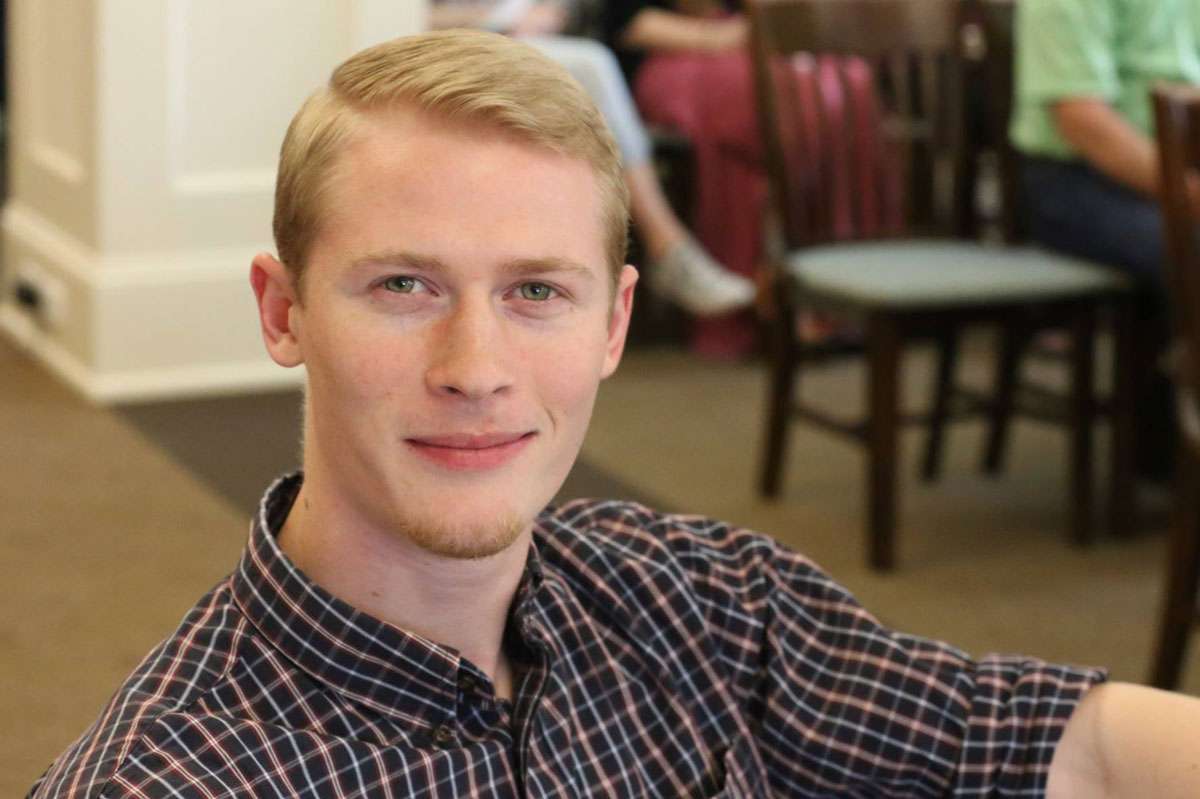 Rome, Ga. – Shorter University student David Thompson has been selected to receive the highly competitive Alfred H. Nolle Scholarship from the Alpha Chi National College Honor Society for his senior year of study at Shorter. In addition, he was selected as a recipient of an Alpha Chi Region III scholarship for undergraduates. Both of the scholarships were based on a research paper he wrote for one of his English classes at Shorter.

“David is an excellent student whose work was recognized not only at the regional level, but also at the national level for Alpha Chi,” said Dr. Kathi Vosevich, Shorter’s associate provost who also serves Vice President of Alpha Chi’s National Executive Council and Regional President for the honor society’s Region III for 2018-2020. She serves as adviser to Shorter’s Alpha Chi chapter along with Dr. Barsha Pickell and Mrs. Mary Corbin. “With some 300 chapters, located in almost every state, the organization inducts approximately 11,000 members annually, so especially within this context, his double win shows how academically competitive he is—and he is only a junior. I look forward to his future accomplishments.”

Thompson, who is triple majoring in English, Communication, and Liberal Arts and minoring in French, is a rising senior from Cleveland, Tennessee.

“The entire Shorter University community is proud of David’s outstanding work and the recognition he has received from Alpha Chi,” said Shorter University President Dr. Don Dowless. “His work is of the highest caliber, and he is an excellent representation of our stellar Alpha Chi chapter, which recently claimed the honor society’s President’s Cup as the best chapter in the nation.”

Thompson described his involvement with Alpha Chi as a major contributor to his academic success. “As an Alpha Chi member, I interact on a daily basis with other students who are as passionate and serious about their studies as I am. It’s a great motivator, and I’m able to learn more from the people around me,” he said.

“Being part of Alpha Chi means a great deal to me. First, it is a testament to my own hard work and effort in school, and second, it connects me to kindred spirits and fellow academics who I would otherwise never have met except for our shared love of learning and excellence.”

The oldest of six children, Thompson was homeschooled and credits his mother as the biggest influence on his academic success. He added that his time at Shorter has allowed him to develop in many ways. “I have been exposed to a wide variety of cultural, ethnic, political, and theological viewpoints and lifestyles, which has helped me to become even more well rounded than I was prior to college,” he said. “I have learned a great deal in my particular fields of study and have become a better writer because of my continual exposure to other people who can write well and their constructive criticism and encouragement in my life. I have also made several really good friends from different backgrounds who will most likely remain in my life as long as I live, and that’s probably my favorite thing about Shorter.”

Thompson plans to graduate in May 2019 and pursue a career in sports broadcasting. In addition to his involvement with Alpha Chi, he is active in a variety of campus activities and leadership positions. He is a member of Sigma Tau Delta, the national English honor society; Lambda Pi Eta, the national Communication honor society; and the Shorter Honors Academy. He also serves as the graphic designer and minute-taker for The Chimes, Shorter’s literary magazine, and as vice president of the university’s Student Government Association.