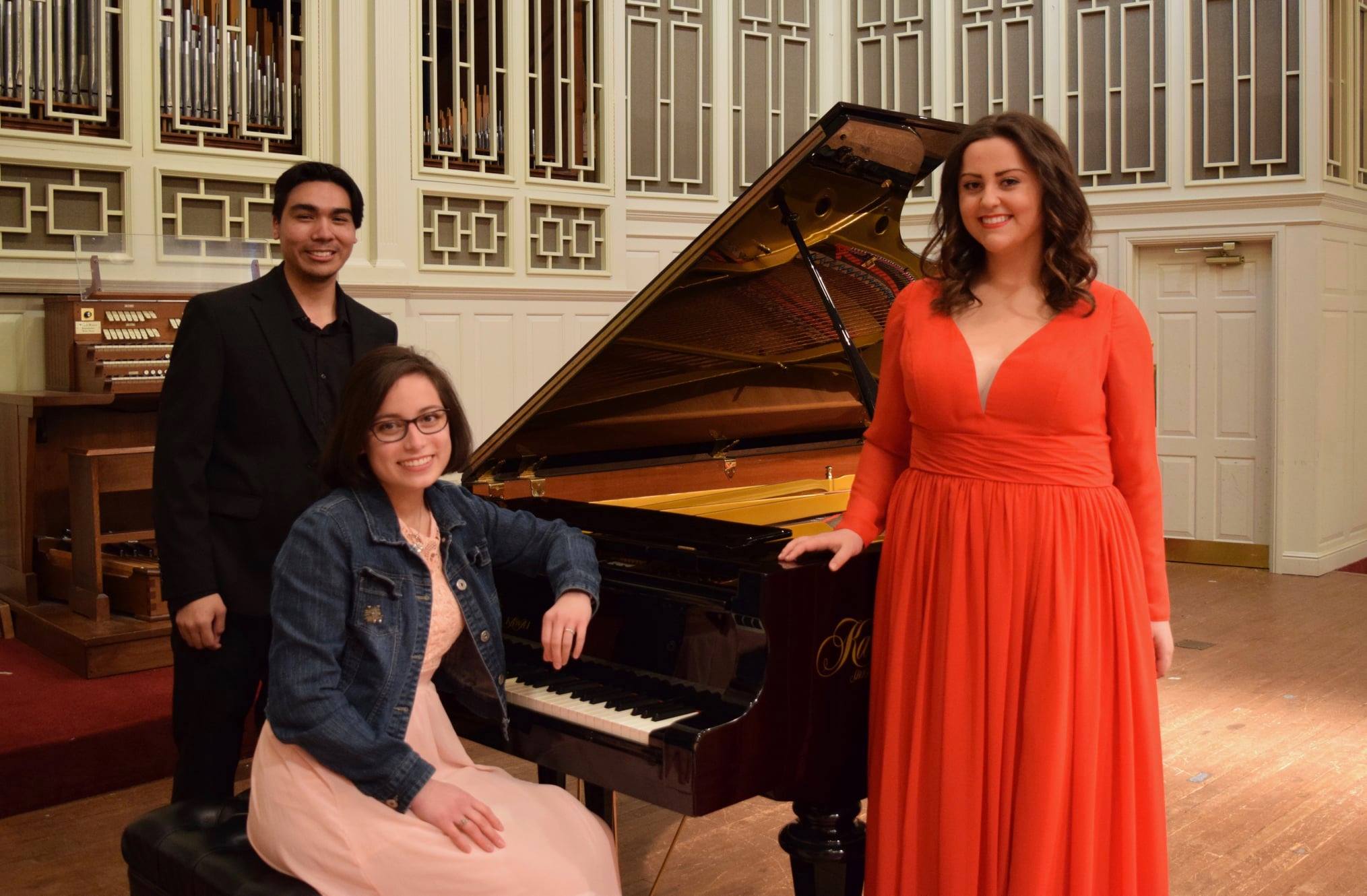 Exclusive to Shorter University music majors, the scholarship competition was established by friends, family and colleagues of longtime music faculty members William and Mary Ann Knight to honor and reward Shorter University students who have achieved the highest levels of musical performance. Three scholarships are awarded annually, in the areas of voice, piano, and instrumental performance.

Annalysa played the Rondeaux from Bach’s Partita in C Minor, BMV 826, and the first movement of Beethoven’s Sonata in C Major, Op. 53, also known as the “Waldstein Sonata.” The Carrollton, Ga., resident is majoring in Piano.

“Annalysa’s performance showed much maturity, sensitivity to details, and commitment,” said Dr. Vasquez, Professor of Music at Shorter. “Her Bach was exquisitely voiced while Beethoven’s ‘Waldstein’ Sonata was daring and wild. I’m very proud of her work!”

“Emily has studied with me for the past three years,” said Ms. Thomas, Director of Opera at Shorter. “She is an exceptional student, a diligent musician, a remarkable performer and an extraordinary woman. I am so honored to be her teacher and mentor.”

Kevin, a sophomore, is in his second year studying clarinet. He performed the third movement of the Concerto No. 3 for Clarinet by Carl Stamitz. He is a Music Education major from Austell, Ga.

“Kevin is talented and even more importantly, hardworking. I am proud of his accomplishment,” said Dr. Reams, Shorter’s Dean of the School of Fine and Performing Arts and Professor of Music and Woodwinds.

William Knight taught at Shorter from 1964 to 2004 and retired as Distinguished Professor of Piano. Mrs. Knight was a member of the music faculty from 1965 until her retirement in 2009. Jointly, the Knights were selected as the 2010 National Teachers of the Year by the Music Teachers National Association.