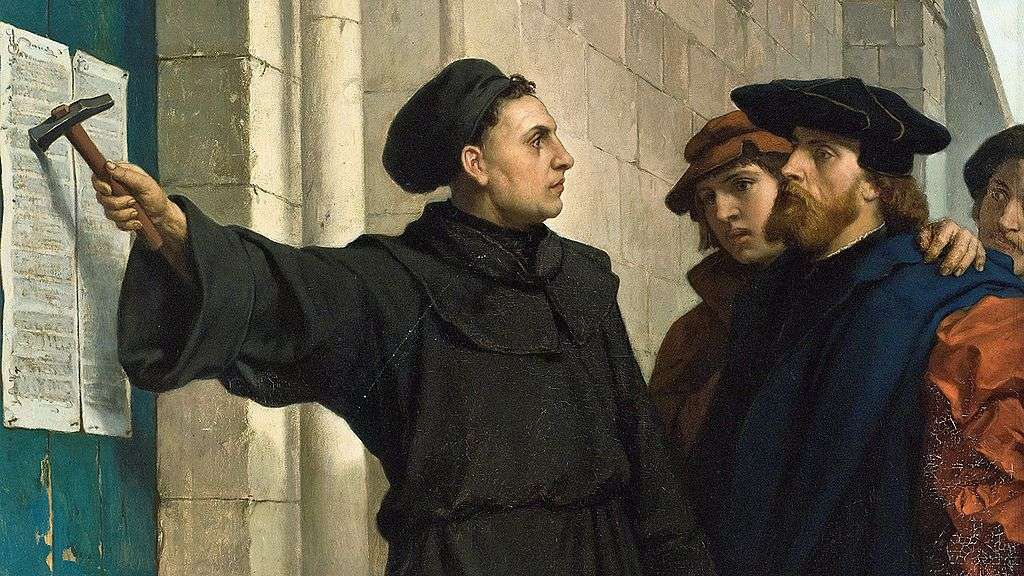 Rome, Ga. – Oct. 31, 2017, marks the 500th anniversary of the Reformation, celebrating the day Martin Luther nailed his 95 theses to the door of the church at Wittenburg. That day in 1517 marked a monumental shift in Christian thinking, which started the Protestant movement, according to Dr. Jared Linebach, assistant professor of criminal justice at Shorter University and interim chair of the university’s Department of Social Sciences.

To mark the special anniversary, Shorter’s Department of Social Sciences and Department of Christian Studies are hosting a series of 15-minute seminars focusing on key aspects of the Reformation and its impact on history. The event, titled “Reformation: Then and Now,” will be held from 1 to 3 p.m. on Tuesday, Oct. 31, in Shorter’s Brookes Chapel and is open to the public at no charge.

Topics to be covered include “Orienting Ourselves to the Reformation” by Alton Chambers, a Christian studies major at Shorter; “Technological Features of the Protestant Reformation” by Dr. Charles Carter, assistant professor of history; “Martin Luther’s Continuing Impact and Influence on Sacred Music” by Dr. Alan Wingard, professor of music and dean emeritus of Shorter’s School of Fine and Performing Arts; and “Presbyterians and Lutherans and Baptists, Oh My!: Denominationalism as a Legacy of the Reformation” by Cory Barnes, assistant professor of Christian studies and chair of the Department of Christian Studies.

In addition, Dr. Terry Morris, professor of history, and Dr. Benjamin McFry, associate professor of English and German, will offer historical and contemporary perspectives on the Reformation, respectively.

The event will conclude with a panel discussion about Martin Luther moderated by Nathan Gaydosik, a senior Christian studies major, and featuring all of the presenters.

Dr. Carter said the Reformation should be celebrated as an important turning point in history, particularly from a Protestant perspective. “All modern Protestant Christians – from Baptists and Methodists to Pentecostals and Presbyterians, and more – owe a debt of immense gratitude to Martin Luther and his Reformation. This single event, 500 ago, marked a paradigm shift in looking at the faith, as the Bible increasingly became an important basis in which people came to ground truth, rather than institutions.”

Dr. Justin Pettegrew, associate professor of history, added that Luther’s impact on his time in history is remarkable. “By our standards today, perhaps Luther’s initial arguments don’t seem that radical. Luther’s theses primarily criticized the Roman Catholic Church’s abuse of indulgences, which he viewed as a callous attempt at money-making. Surprisingly, Luther’s innocuous academic challenge ignited a firestorm. His initial theses set Luther in a leadership position and sparked the Protestant Reformation – a movement that set Europe ablaze by forever altering religion, politics, and culture.”

Founded in 1873, Shorter University is a Christ-centered, four-year liberal arts university committed to excellence in education. U.S. News & World Report and The Princeton Review annually include Shorter on their lists of best regional Colleges. The university offers traditional bachelor’s degrees in 40 areas of study, online courses and degree programs, undergraduate programs for working adults, and master’s programs. Learn more about Shorter at www.shorter.edu.