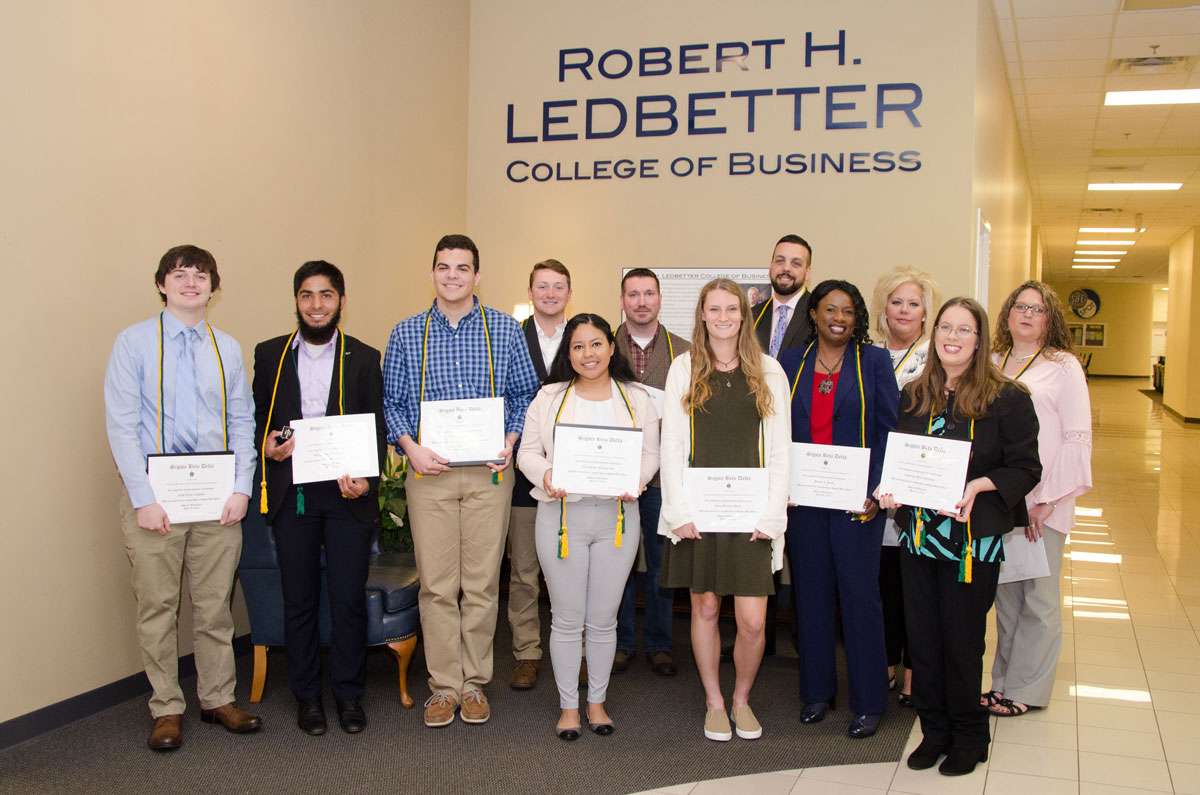 Sigma Beta Delta was established to honor students who have attained superior records in business programs. The principles of the honor society are represented by the Greek words for wisdom, honor and meaningful aspirations; the initial letters of those Greek words form the name of the society.