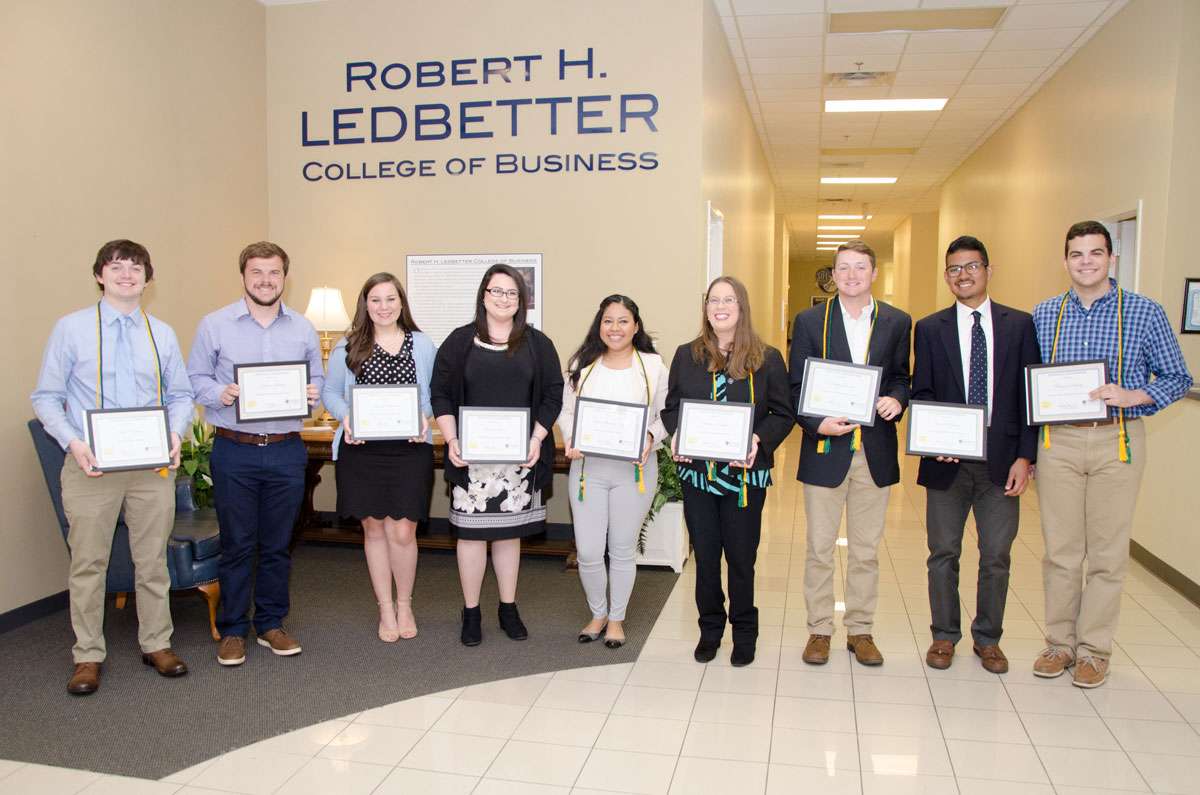 See photos from the event

Catherine Marie Williams, a marketing major from Atlanta, Georgia, received the Coca Cola Achievement Award. Established by the Coca-Cola Foundation to provide scholarships for business students, this award is given to the rising senior who, in the opinion of the faculty, demonstrates hard work and persistence in their academic pursuits.

Oswaldo Franco, a general business major from Rome, Georgia, received the Leighton Richardson Award. This award is given to an outstanding senior in business or economics by Dr. Greg Richardson and his family in memory of Dr. Richardson’s father.

Cameron Deary, a general business major from Jacksonville, Florida, received the Corinne U. Jordan Memorial Scholarship. This scholarship, established in memory of Corinne Jordan, recognizes a student who demonstrates academic excellence while pursuing a major in a field of business. Corrine completed her academic coursework in accounting at Shorter College and was employed as a certified public accountant with Ernest J. Rudert and Company in Rome. The scholarship is given to a student who exhibits determination, perseverance, and other qualities known and loved in Corrine.

Andrea Locke, a general business major from Austell, Georgia, received the Travis Williams Scholarship. This scholarship is given in memory of Travis Williams, a rising senior, business major who died in November 1998.  Travis was a free spirit who loved life and who possessed a love of learning not for the sake of knowing but in order to make a difference. The award is given in his memory to a rising senior majoring in business who exhibits the characteristics Travis lived.

Chad Cawthon, an accounting major from Rome, Georgia, received the Live Like Shane Award. The award is given in memory of Shane Richardson, who in April 2010 lost his battle with cancer. Shane touched the lives of numerous students at Shorter University with his inspirational lectures and immeasurable guidance in the development of the curriculum. This award is given to an individual who works hard in all they do and lives their life to honor and glorify God.

Hannah Lambert, an accounting major from Stone Mountain, Georgia, received the Heart of the School of Business Administration Award. This award is given by the College of Business faculty to the student who makes teaching and learning fun and who, in the opinion of the faculty, exhibits a love of life.