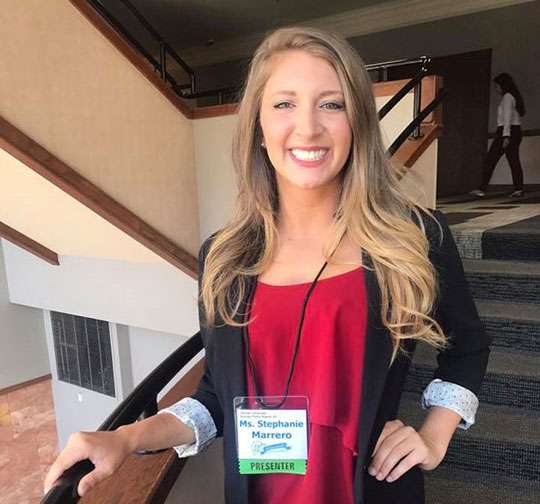 Shorter University Associate Provost and Dean of Arts and Sciences Dr. Kathi Vosevich and Junior Nursing student Kayla Avery were elected to executive council seats in the Alpha Chi National College Honor Society at the 2017 National Convention in Louisville, KY. The National Council is the planning and executive arm of Alpha Chi, responsible for strategic planning, budget and operations, publications, convention planning, scholarships, and other ad hoc duties. Dr. Vosevich was elected as an at-large council member and will serve for four years. Kayla Avery was elected as a student member and will serve two years. Dr. Vosevich still serves as Vice-President of Region III, the largest region of Alpha Chi.

Dr. Barsha Pickell, faculty sponsor for Alpha Chi, stated: “I was honored to serve as a judge for the four political science panels at the Alpha Chi Convention.  The students that I observed presenting their research were extremely bright and poised.  Our Shorter students, likewise, did an amazing job in their presentations.  I am very proud of our students and the hard work they put in to polishing their research and presentations for the convention.  They represented us well.”

Shorter University students Kayla Avery, Stephanie Marrero, Erin Nordman, and Laura Williams presented at the convention, and Anthony Nordman served as a delegate. Anthony announced at the Region III meeting that he had won a full scholarship to top-ranked Arizona State University Sandra Day O’Connor College of Law and was named the Sandra Day O’Connor Scholar.

Alpha Chi inducts no more than the top 10 percent of juniors, seniors, and graduate/professional students on each campus, representing all academic disciplines. With some 300 chapters and an active presence in almost every state, Alpha Chi actively promotes academic excellence, undergraduate and graduate research, campus academic dialogue, and civic engagement. Shorter University is also a prestigious STAR Chapter, the only one at this level in the state of Georgia.