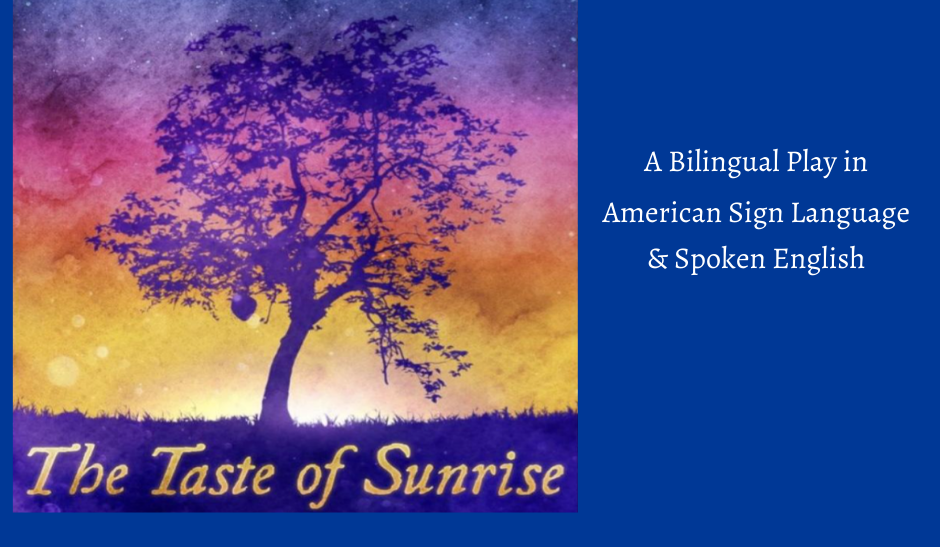 A production by Shorter University’s Department of Theatre and Musical Theatre is being presented to honor the 175th anniversary of the Georgia School for the Deaf.

The Taste of Sunrise,a bilingual play presented in both American Sign Language and Spoken English, features deaf actor Dalton Kennedy in the lead role of Tuc. He has performed in different films, including a film “Project Rapture” for Fish4him Entertainment with local director Eric Wright and a commercial related to the American Disabilities Act. Joining him on stage are hearing actors who are pursuing Musical Theatre or Theatre degrees at Shorter.

The production will run Thursday, Nov. 18, through Saturday, Nov. 20, at 7:30 p.m. nightly in Shorter’s Tiscornia Theatre. Remaining seats are limited; ticket requests can be made at boxoffice@shorter.edu or 706-233-7488.

“From the first time I saw a production of this play, I knew this story needed to be shared,” said Shorter Theatre faculty member Drew Davidson, who is directing the show. “This is a bilingual play takes place in the mind and memory of Tuc. On one level, this play is about a specific individual and the circumstances of his life including becoming deaf after nearly dying of scarlet fever, a struggle to communicate with his father, and discovering the beauty of sign language. At a more significant level, this play is about the universal human need for belonging and a sense of community.

“Shorter University is proud to play a role in the 175th anniversary celebration of the Georgia School for the Deaf, which was founded in 1846,” he added. “The school was established after a world pandemic of scarlet fever became the leading cause of deafness at the time. This play illuminates that part of our history. I am amazed at the commitment our students gave to this project, and I am humbled by the support of so many members of the local deaf community.”