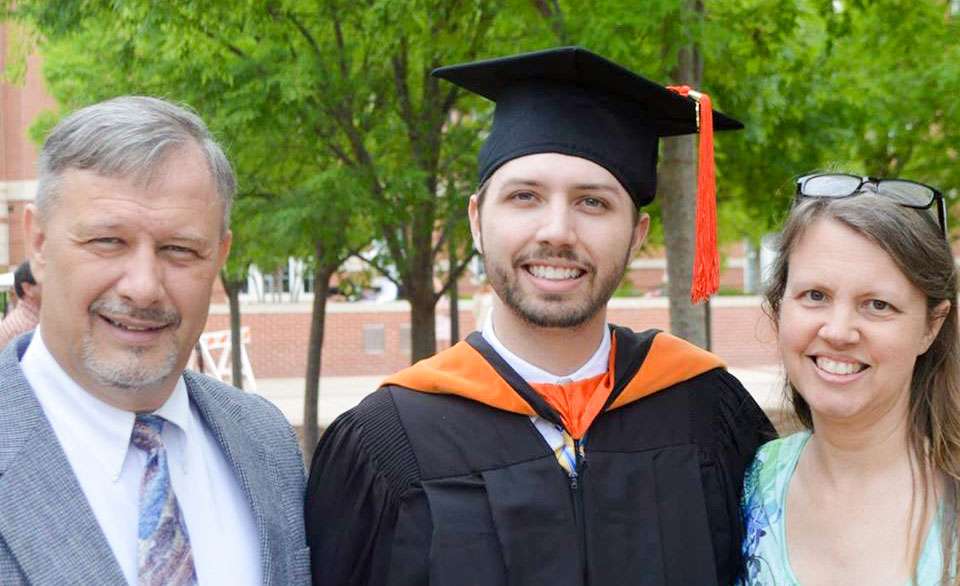 Miller, who recently graduated with a Master of Science in Computer Science from Auburn University, focused his master’s thesis on developing facial recognition software that recorded which students were in class.

The software Miller developed was able to detect, recognize, and capture new face images with about a 50 percent confidence level, depending on the class, he said.

“One of the greatest challenges I faced was the lack of training data to use with my software,” he explained. “I only had one picture per student which made recognition difficult. Their ID images were also several years old, so for many of them, their appearances had changed.” 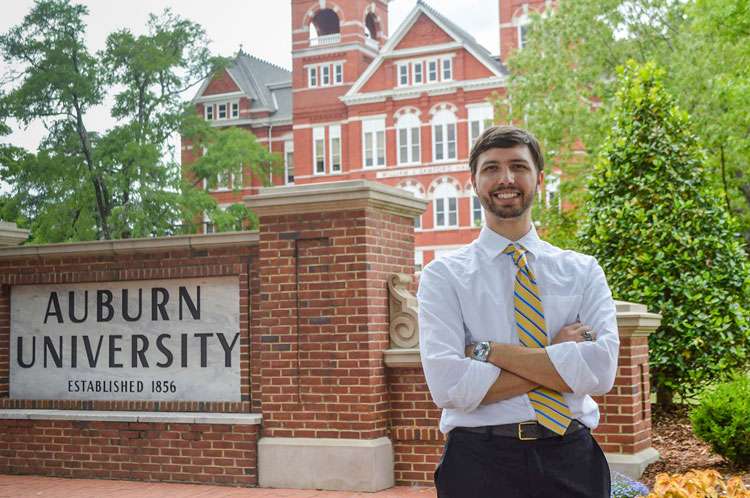 Facial Recognition software has become increasingly popular in both public and private security, and Miller added that the technology is still developing. “MSN.com actually released an article this week claiming that the UK’s Metropolitan Police Department uses facial recognition software that fails 98 percent of the time, so the technology still requires improvements,” he added.

From his thesis, he concluded that the software he developed “is feasible but will require high resolution cameras and a great amount of training data.”  His thesis advisor at Auburn intends to build on Miller’s research and implement this technology into Auburn’s classrooms, Miller noted.

His Time at Shorter Prepared Miller for Success

Miller graduated from Shorter in December 2016 with a degree in Computer Information Systems. While at Shorter, he was a wide receiver on the Shorter Hawks football team from 2013 to 2015. He was also a member of Shorter’s Honors Academy and wrote his senior thesis on “America’s Mythology,” which explored comic books as a social commentary on American history.

Dr. Kathi Vosevich, Shorter’s associate provost and dean of the College of Arts and Sciences, oversaw Miller’s work on his senior honors thesis at Shorter. She remembers him as a stellar student.

“Will is the epitome of an intellectually gifted person who has chosen to use his gifts to improve our world,” she said. “I am excited to see his technology in action, and I expect even greater contributions from Will in the future.”

Miller credits his professors at Shorter with equipping him for success in graduate school and urging him to pursue a career in cyber security.

“I would not be where I am today without the guidance and graciousness of my professors at Shorter.” — Will Miller

“I would not be where I am today without the guidance and graciousness of my professors at Shorter,” he said. “From Dr. Kathi Vosevich, I learned how to develop theses suitable for academia. From Dr. Diana Swanagan, I studied logic and discrete mathematics, which greatly helped me in my advanced algorithms class this past semester. From Dr. Anthony Nichols, I was taught the foundational principles of programming, databases, software process, networking, etc. These concepts were vital to my education. Finally, Professor Johnny Bunch inspired me to pursue cyber security as my career of choice.”

With his master’s degree completed, the Warrior, Alabama native is currently involved in the application process to work at the Redstone Arsenal in Huntsville. He anticipates being hired within the next couple of months.

“Initially, I wasn’t sure how I was going to pay for grad school, but the Lord provided a way,” Miller added. “Auburn University recently became a member of the CyberCorps Scholarship for Service program, funded by the National Science Foundation. Recipients receive full scholarships and sizable stipends if they agree to work a year in cyber security for the government. Since Professor Bunch encouraged me to pursue that career choice, I applied and was one of five graduate students at Auburn who received this award.”

He added that he is thankful for the support of many others who invested in his success. “I wouldn’t have accomplished this task without the support of my parents, three brothers, and the rest of his family. My home church, Calcedonia Baptist, was a great encouragement to me, too. My roommate for three and a half years at Shorter, Austin Wofford, constantly advised me when I was stuck on projects while at Auburn. My coaches at Shorter, such as Phil Jones, Shawn Turner and Kareem Hawkins, were a tremendous encouragement as well, especially as my family endured my father’s bout with cancer during my time on The Hill.

“Finally,” Miller added, “I give God all the praise and glory. For without him, none of this would be possible — James 1:17.”