Rome attorney Andy Davis will be the featured speaker at Shorter University’s Fall Commencement at 10 a.m. on Thursday, Dec. 15, at the Forum. The university will welcome approximately 280 new graduates during the event. Tickets are required for admission. 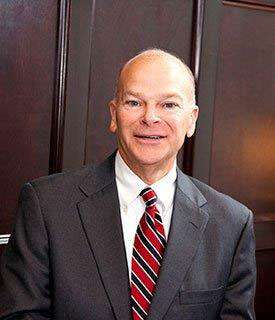 Davis is an attorney with the law firm of Brinson, Askew, Berry, Seigler, Richardson and Davis, LLP. As a partner, he specializes in complex business litigation, personal injury, governmental official liability, and class actions. He serves as city attorney for the City of Rome, lead attorney for the Rome-Floyd County Development Authority, and general counsel for Shorter University.

“Andy Davis is a fine example of a successful professional who demonstrates his Christian faith through integrity and service to others,” said Shorter University President Dr. Don Dowless. “We are grateful for the friendship and expertise he provides to this institution as our general counsel, and we are happy to welcome him as our fall commencement speaker. Our graduates will benefit greatly from his wisdom.”

In 2016, Davis was named a fellow of the American College of Trial Lawyers, one of the premier legal associations in the United States. Since 2006, he has been named a Georgia Super Lawyer by Law and Politics Magazine and Atlanta Magazine. He is an active member of the Federation of Defense and Corporate Counsel.

An experienced litigator, Davis has tried numerous cases in federal and superior courts. For one of his cases, he was featured on the Investigative Discovery channel’s “Beyond Mansion Walls” TV show. Davis served as lead and trial counsel for 56 funeral homes in the internationally known class action, multi-district litigation involving the Tri-State Crematory. He served as counsel for cities and counties in Georgia in the class action litigation against the Online Travel Companies for excise taxes; he continues to serve as class administrator for the settlement.

Active in the community throughout his time in Rome, Davis has received many community and civic awards for his leadership. He was one of the first recipients of the Georgia Supreme Court Chief Justice Benham Awards for Community Service. Davis, an Eagle Scout, received the Silver Beaver Award from the Northwest Georgia Council of Boy Scouts of America. He was honored with a Heart of the Community Award, presented by the Heart of the Community Foundation and Redmond Regional Medical Center to unsung heroes. He has served as chairman of the board for Leadership Georgia, an affiliate of the Georgia Chamber of Commerce, and as a state host for the Georgia Chamber’s state-wide Fall Feather Hunt and the Red Carpet Tour.