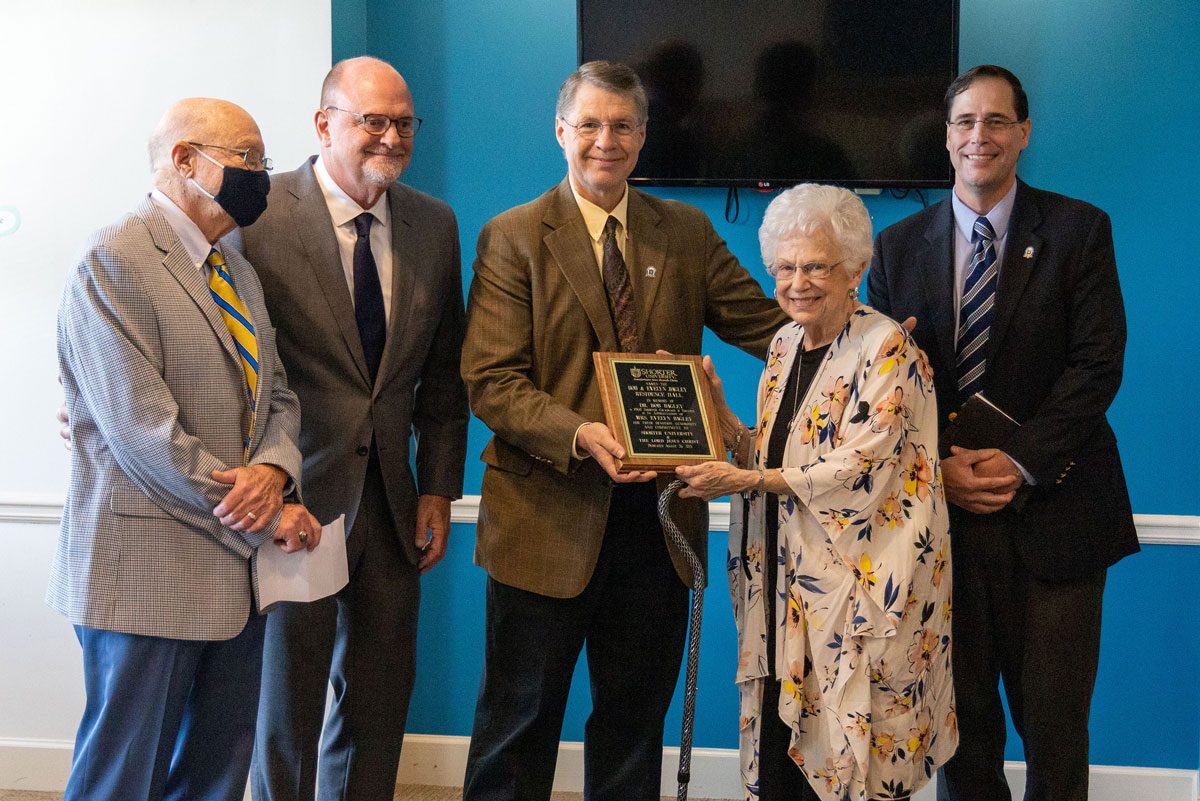 A dedication ceremony was held on Thursday, August 26, at the newly named Bob and Evelyn Bagley Hall.

The University’s Board of Trustees voted to name Bagley Hall in recognition of the Bagleys’ dedicated service to Shorter University and the Kingdom of Christ. A 1968 graduate of Shorter, Dr. Bagley served for 32 years as Associational Missionary for the North Georgia and Murray County Baptist Associations. He was a member of Shorter University’s Board of Trustees from January 1, 2015 through December 31, 2019, and was elected to serve another five-year term beginning January 1, 2021.

Dr. Bagley passed away on January 19, 2021. At the ceremony, Mrs. Bagley was accompanied by her daughters, Susan Bagley and Tricia Jennings, and other family members.

“Dr. and Mrs. Bob Bagley are wonderful examples of servants of the Lord Jesus Christ,” said Shorter University President Dr. Don Dowless. “Bob served churches in Mississippi and Georgia before his time as an Associational Missionary, and he and Evelyn are much loved throughout our region. They have given generously of their time, energy, resources, and gifts in serving the Lord, and they are wonderful friends and supporters of Shorter University.”

During his remarks, Dr. Dowless shared a note sent by Shorter Trustee Dr. Danny Cochran of Holly Creek Baptist Church in Chatsworth, who is the Bagleys’ pastor. It read in part, “Paul instructed the Christians in Rome to give honor to whom honor is due. That is being done today as Bob and Evelyn Bagley are recognized for their contributions to Christian education. Only the Lord knows the full impact of their support.”

View a gallery of photos from the event