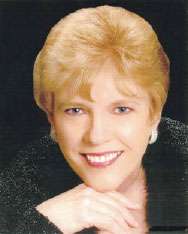 Rome, Ga. – Pianist Nancy Elton will present a guest recital at Shorter University on Monday, Feb. 19, at 7:30 p.m. in Brookes Chapel. The performance is open to the public free of charge.

Selections to be featured in the recital include eight preludes from Preludes, Books 1 and 2, and L’ Isle joyeuse by Claude Debussy and Sonata No. 3 in B Minor, Op. 58 by Frederic Chopin.

Dr. Elton is also a well sought teacher in the Atlanta area where she has taught at both the University of Georgia and Georgia State University. Under her supervision, many of her students have gone on to win several top awards while achieving both national and international fame and receiving acceptance to prestigious programs such as Julliard School.

Her numerous awards and honors include receiving the Music Achievement Award from the University of South Carolina and the esteemed Georgia Teacher of the Year Award from the Georgia Music Teachers Association. Dr. Elton also finished as a National Finalist in the MTNA Young Artist Competition and was the recipient of numerous scholarships and awards.