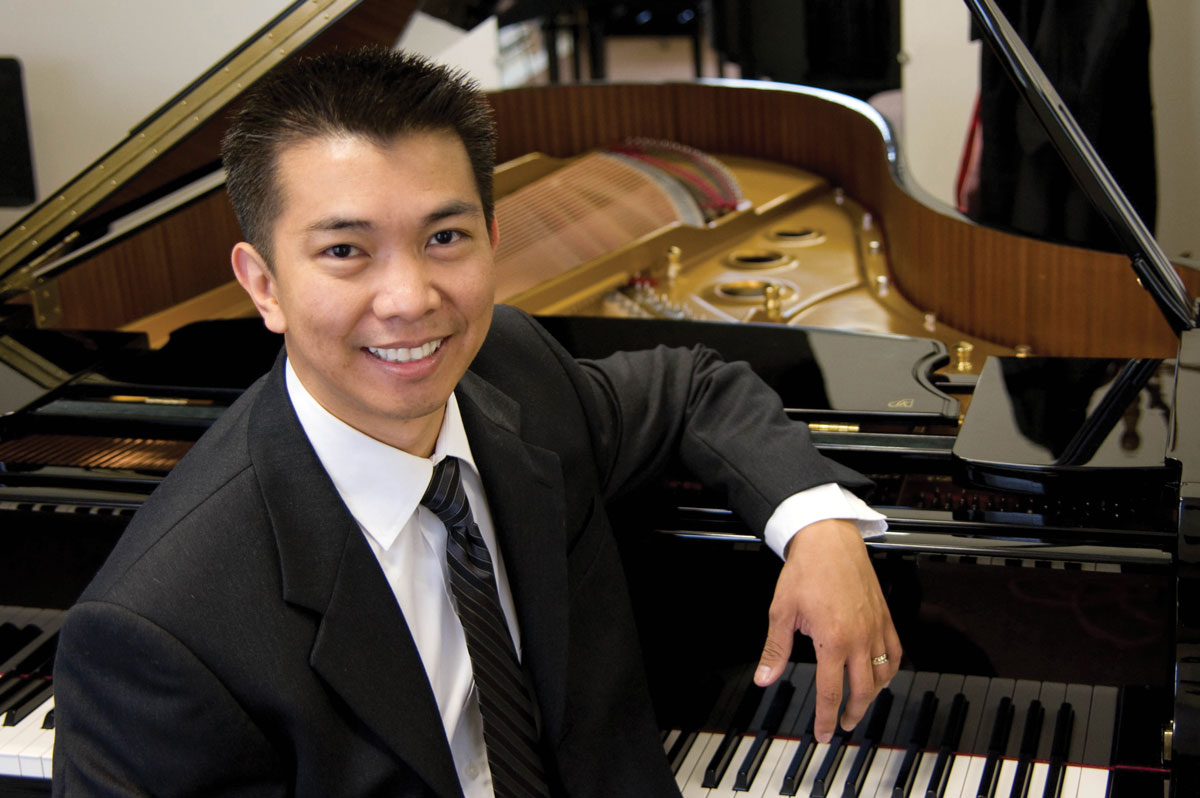 Pianist Jerico Vasquez will present a faculty recital in Shorter University’s Brookes Chapel on Monday, Feb. 24, at 7:30 p.m. The performance is open to the public free of charge. The recital commemorates the 250th anniversary of the birth of Ludwig van Beethoven.

The program will include three pieces from the three different periods of Beethoven’s career. They are: 7 Bagatelles, Op. 33 from the Early Period; Piano Sonata in E Major, Op. 109 from the Late Period; and Piano Sonata in F Minor, Op. 57 “Appassionata” from the Middle Period.”

Hailed for his “formidable and effortless playing” and “intelligent ardor and exceptionally clear and bright technique,” Dr. Vasquezis Artist-in-Residence, Professor of Music and Coordinator of the Keyboard Program at Shorter University. He has performed as a concerto soloist, a recitalist, and a chamber musician in the United States, Canada, Europe, and the Philippines. Recent performances include numerous solo recitals in the southeast United States and the Philippines, a concerto performance with the Rome Symphony Orchestra, and collaborative performances with the Balkan String Quartet and the Expedition Winds. He has also presented workshops, lectures, and has frequently served as an adjudicator in many local and regional festivals and competitions.