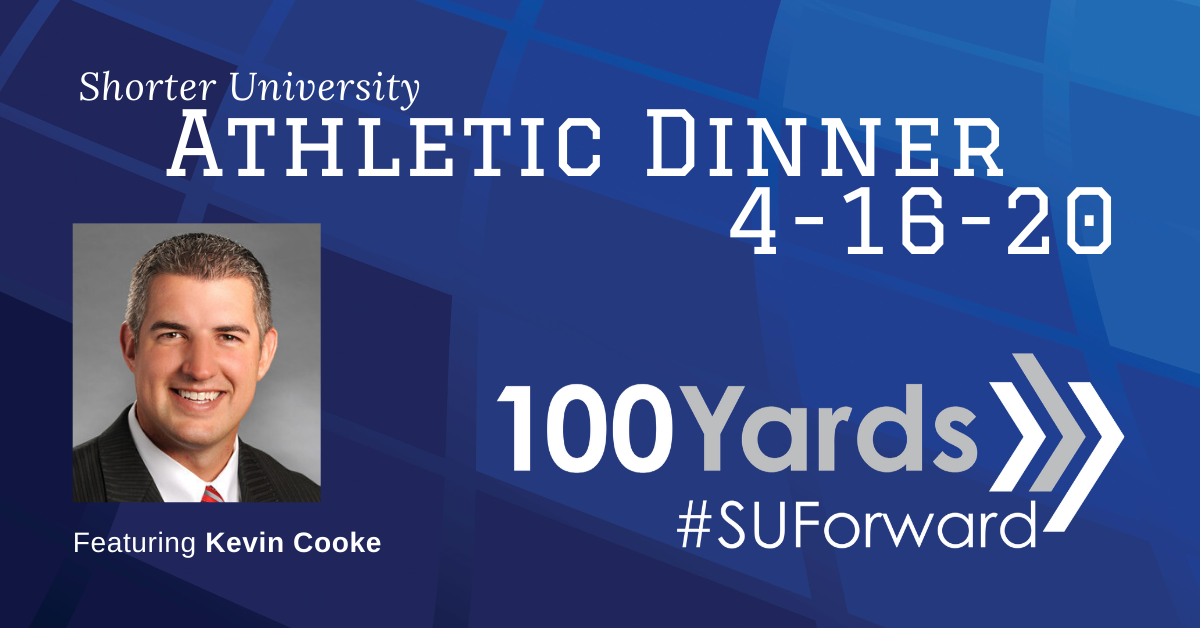 The event will begin with a silent auction and reception at 6 p.m., followed by dinner at 7 p.m. It will raise funds to support the University’s renovation of Ben Brady Field, the on-campus artificial turf field that serves the more than 200 student athletes in Shorter’s soccer, lacrosse and football programs.

General admission tickets are $35 and can be purchased at www.shorter.edu/turf. Sponsorships are also available.

Cooke is a candidate for the Republican nomination for Georgia’s 14th Congressional District and has served nine years representing Georgia’s District 18 in the State House. He and his wife Crystal have been married for 13 years and have two daughters, Ella and Sadie. A 1998 graduate of Carrollton High School, he attended the University of West Georgia before finishing his degree in Sport Studies, with a business emphasis at the University of Georgia. Cooke and his family attend Roopville Road Baptist Church.

In addition to his role as Associate Athletic Director at Shorter, he is a farmer and small businessman. At the state level, he currently serves on the committees for Agriculture and Consumer Affairs, Appropriations, Legislative and Congressional Reapportionment, Public Safety and Homeland Security, Regulated Industries, State Planning and Community Affairs, and Interstate Cooperation.