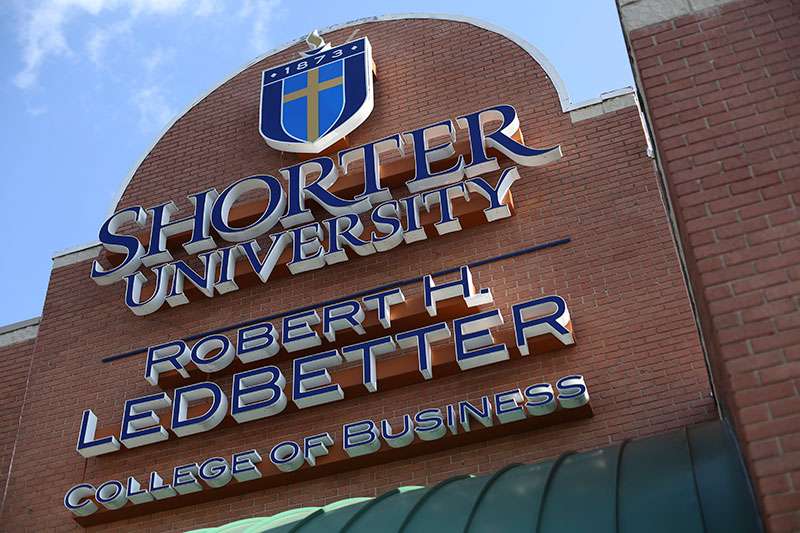 Krige Schabort, decorated Paralympian, will speak at Shorter University’s Robert H. Ledbetter College of Business, on Thursday, April 6. The event will be held at 9:30 a.m. in the lobby of Shorter’s business school, 232 Shorter Ave., Rome, and is open to the public at no charge.

Schabort’s lecture is hosted by the Ledbetter College of Business and is part of Shorter’s Character Education course.

Rick Johnson, who teaches the Character Education class, said, “We are so excited to have Mr. Kirge Schabort as a featured speaker. I have heard his story from him personally, and his testimony is very inspiring and a perfect fit for Shorter.”

Schabort served as a corporal in the South African army when a bomb blast from Russian fighter jets altered his life. He was awaiting his next orders at his camp when the bombing that led to the loss of his legs and a two-year recovery occurred.

During his recovery, Schabort was introduced to the sport of wheelchair racing. He was determined to not let his disabilities get him down and to stay involved in sports like he did while growing up. He became inspired from being alive after a near-death experience and began training his body to compete in wheelchair racing.

In 1991, Schabort traveled to Europe where he picked up sponsors and placed among the top 10 contenders at a wheelchair racing event in Berlin. This win secured him a spot in the biggest wheelchair marathon race held in Japan where he finished third against 400 athletes. In 1992, he won a bronze medal at the Summer Paralympic Games in Barcelona, Spain for wheelchair racing.

Since his early successes, Schabort has established himself worldwide by winning marathons. Some of these successes include winning seven Honolulu Marathon men’s wheelchair championships in a row, setting a course record in 2000. He also set the New York City course record in 2003 and was inducted into the Honolulu Hall of Fame in 2004. In 2007, Schabort was nominated for ESPN’s ESPY award for best male athlete with a disability.

Schabort now serves on the Cedartown 5K Race Committee and is one of the founders of the Rome Clocktower Class Handcycle Races. He is also a motivational speaker and helps organize the Pre-Peachtree Training Camp, now known as the Wheelchair Athlete Training Camp. This camp brings athletes from all over the world to Cedartown to train for the Peachtree Road Race in Atlanta, which is the world’s largest 10K race.