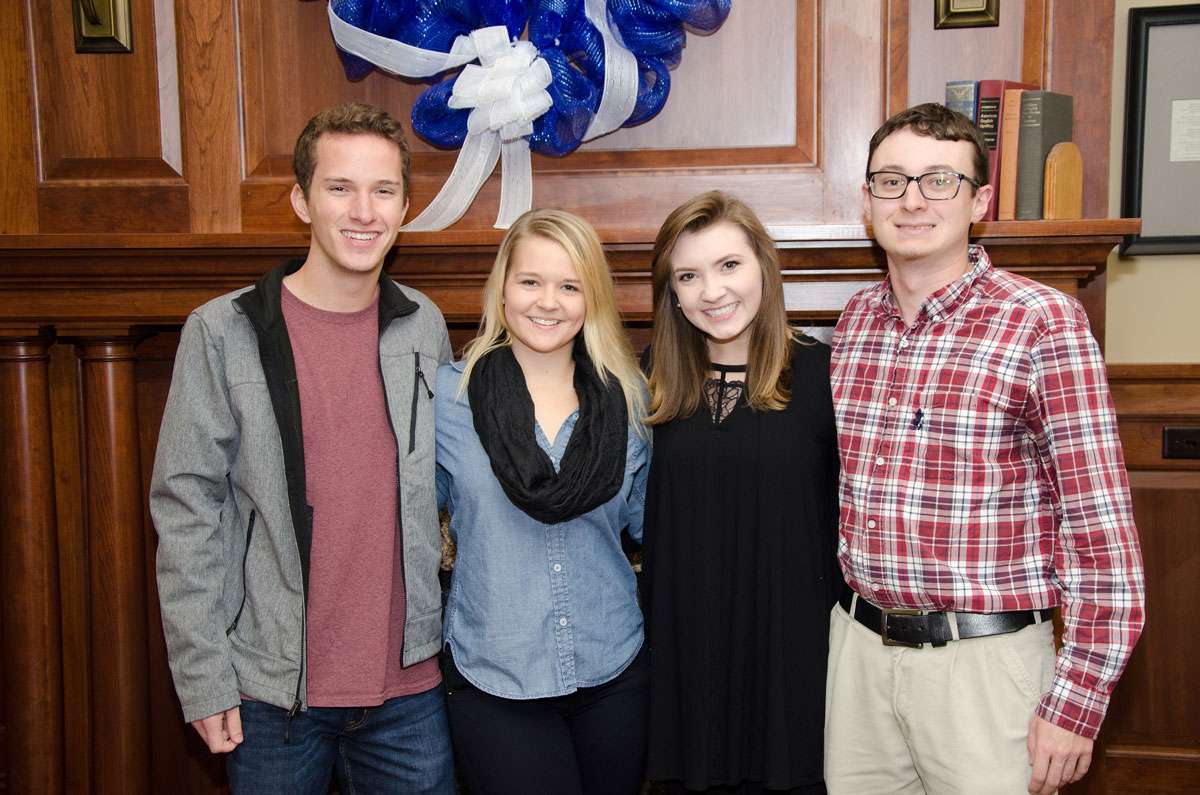 Rome, Ga. — Shorter University students made a strong showing at this year’s Georgia National Association of Teachers of Singing (NATS) student auditions in Athens, Ga. Held on the campus of the University of Georgia, the state NATS competition featured voice students from throughout Georgia, who performed and were judged by voice faculty members from across the state.

Elizabeth Drake, of Appling, Ga., won first place in the sophomore musical theatre women’s division. She was also an overall first place winner and, as such, was invited to perform in the winner’s recital on Saturday afternoon during the competition weekend.

“Elizabeth competed against other collegiate sophomores to become the first-place winner of her entire musical theatre category,” according to Dr. Tara Warfield, chair of Shorter’s Department of Theatre and Musical Theatre, director of Opera and Vocal Studies, and assistant professor of music. “The audience of more than 400 voice teachers and students enjoyed her performance of ‘Morning Person’ from the musical, Shrek, as a result of this honor.”

“There are approximately 400 students who participate in the state NATS Auditions; we had 11 students participate and four winners this year,” Dr. Warfield said. “Students are judged on their singing and acting abilities by voice teachers from Georgia colleges and universities. I’m proud of all of our students and how well they each represented Shorter University with their performances.”

Dr. John Reams, dean of Shorter’s School of Fine and Performing Arts, added, “I am so proud of our students for their hard work. I am also thankful that we have world class voice faculty to guide our students. Dr. Warfield, Mr. Lee, and Ms. Thomas have excelled as teachers and mentors; it is gratifying to see their professionalism imparted to our students.”

Founded in 1873, Shorter University is a Christ-centered, four-year liberal arts university committed to excellence in education. U.S. News & World Report and The Princeton Review annually include Shorter on their lists of best regional colleges. The university offers traditional bachelor’s degrees in 40 areas of study, online courses and degree programs, undergraduate programs for working adults, and master’s programs. Learn more about Shorter at www.shorter.edu.