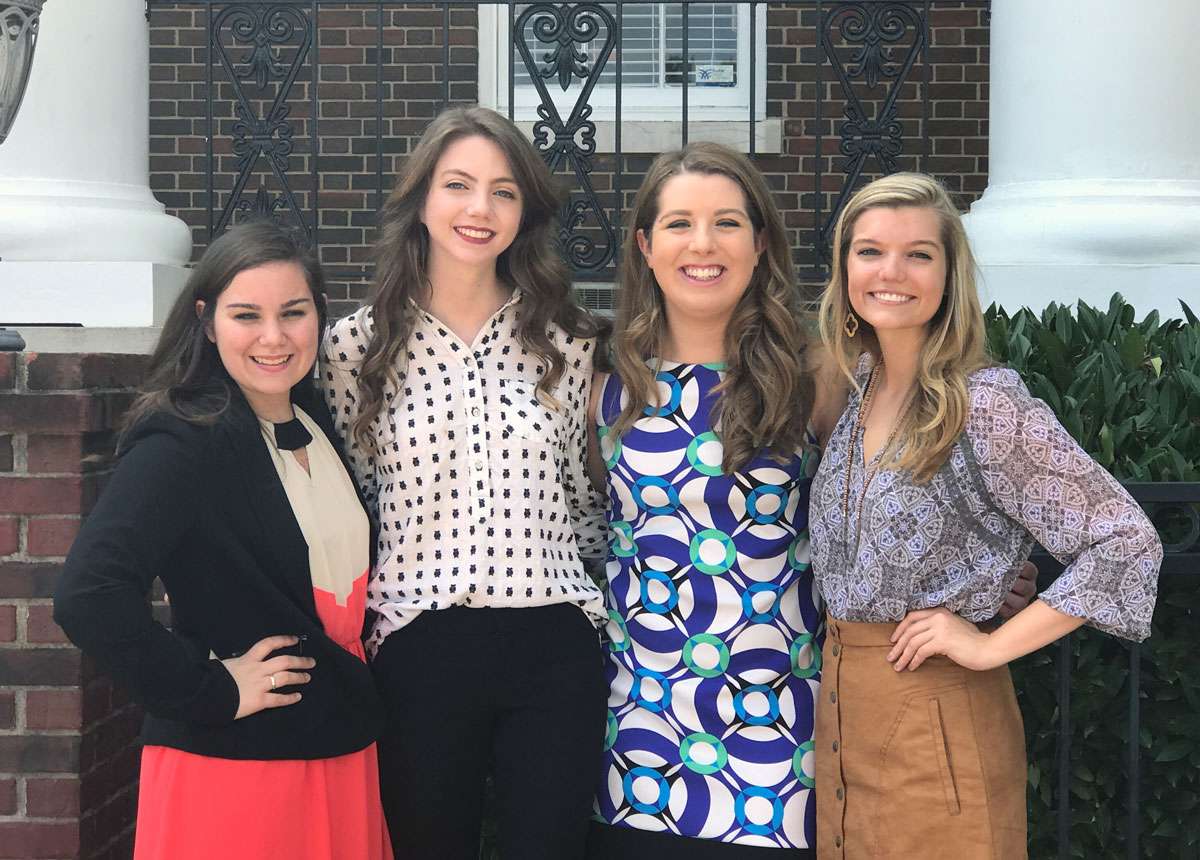 Mary Jayne Caum, a senior history major from Warner Robins, is president of the chapter. Hannah Cauthen, a senior English major from Villa Rica, is vice president. Kayla Killingsworth, a senior from Newnan, is secretary, and Hannah Lambert, a senior accounting major from Stone Mountain, is treasurer.

Alpha Chi, whose national motto is “making scholarship effective for good,” combines high achievement in academics with good character and good models of citizenship and leadership. It is open to the top 10 percent of juniors and seniors academically, and members have access to scholarships and the opportunity to present at regional and national conferences sponsored by Alpha Chi.

Caum said her favorite city is Washington, D.C., where she has had the opportunity to intern for two consecutive summers while in college. As president of Alpha Chi, she hopes to maintain the chapter’s status as a Star Chapter and encourage her fellow Alpha Chi members to invest in the chapter and Shorter University’s campus.

Cauthen is very excited to lead the chapter into another year of excellence. She said she ran for office because she saw the great opportunity to push the chapter, as well as herself, to further success. Her dream job would be National Park Ranger, but she would also like to work in the editing/publishing field.

Killingsworth is studying to be a clinical child psychologist. She said she wanted to serve with Alpha Chi because of her love for leadership and involvement. She is excited to attend the annual convention and looks forward to helping Alpha Chi reach its fullest potential at Shorter. Killingsworth spent this past summer working for and serving children’s ministries both at home and in Uganda.

Being treasurer for Alpha Chi interested Lambert because she has a passion for leadership and for seeing organizations reach their maximum potential. Shorter’s Alpha Chi chapter is known nationally for meeting the highest standards for chapters, and Lambert said she is looking forward to continuing to push this chapter and its members to achieve such high standards. Lambert has been active in more than a dozen organizations during her time at Shorter.

“Alpha Chi is a great opportunity for students to use their academic training and talents to provide service to the school and the community,” said Shorter’s Alpha Chi sponsor Dr. Barsha Pickell. “I am delighted to work with such a fine group of officers this year. They bring a wealth of leadership experience and new ideas for ways to improve Alpha Chi’s impact on campus and in the community.”