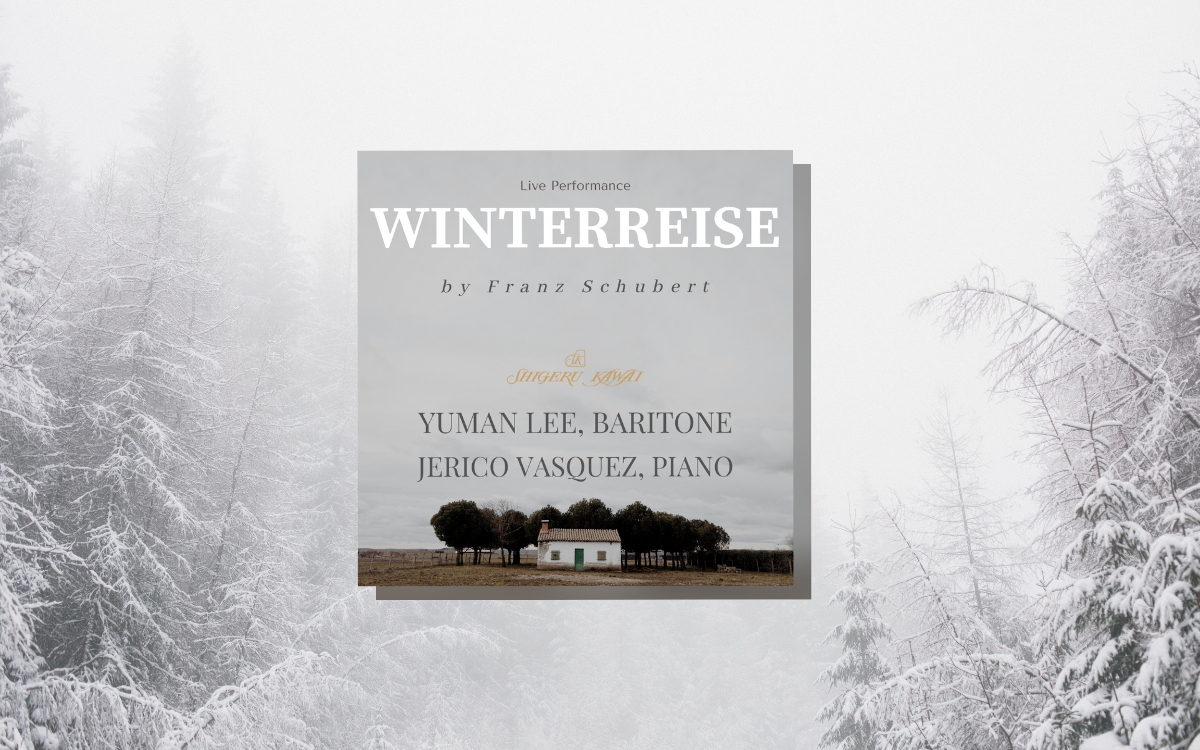 The album, Winterreise is available to download on Spotify, Amazon Music, YouTube Music, and all other major music streaming platforms. A limited-edition CD is also available; email ylee@shorter.edu for details.

Winterreise or “Winter Journey” is considered one of Schubert’s most beloved song cycles by both musicians and music lovers. Throughout the songs, the composer weaves a complex mixture of feelings of despair, utilizing wintry images of snow, wind, ice, cold, tears and death. The work, inspired by the poems of Wilhelm Mueller, opens with the phrase “As a stranger I came, a stranger I depart,” which prepares listeners for the strange winter journey that is to follow. He closes the song cycle with “Der Leiermann,” as he stands in the street in cold weather as an old street artist who is playing his hurdy-gurdy while no one pays attention. The imagery represents the poverty and illness Schubert was experiencing at the time; he died the same year the work premiered.

A native of South Korea, Yuman Lee serves as an Assistant Professor of Music at Shorter University. He teaches voice pedagogy, opera literature, art song literature, voice seminar, and also gives private lessons. He is a member of Pi Kappa Lambda, the honor society of music, and is also a member of the American Musicological Society as well as the National Association of Teachers of Singing. His students have won awards from numerous auditions and competitions, including those of the National Association of Teachers of Singing.

Dr. Lee holds the Bachelor of Music from Kyung Hee University, Master of Music from the University of Southern California, and Doctor of Musical Arts from Southwestern Baptist Theological Seminary. He was a recipient of the James McKinney Outstanding Performer Award from the President of SWBTS, and he performed with the Fort Worth Symphony Orchestra.  He is the author of a book, “It Is Enough!: Singing Oratorio Aria for Baritone: Handel and Mendelssohn” (2018).

Hailed for his “formidable and effortless playing” and “intelligent ardor and exceptionally clear and bright technique,” pianist Jerico Vasquez is Artist-in-Residence / Professor of Music and Coordinator of the Keyboard Program at Shorter University. Recognized as an official Shigeru Kawai Artist, he has performed as a concerto soloist, recitalist, and collaborative musician in Canada, Europe, the Philippines, and the United States, including recitals in California, Illinois, Michigan, Minnesota, North Carolina, South Carolina, Texas, Oklahoma, and all over Georgia.

Dr. Vasquez received his Bachelor of Music degree under Dr. Charles Asche at the University of California, Santa Barbara, and his Master of Music and Doctor of Musical Arts degrees in Piano Performance, with a Minor in Music History and Literature, from the Moores School of Music at the University of Houston under Ruth Tomfohrde, and eminent pianists Abbey Simon and Horacio Gutiérrez.