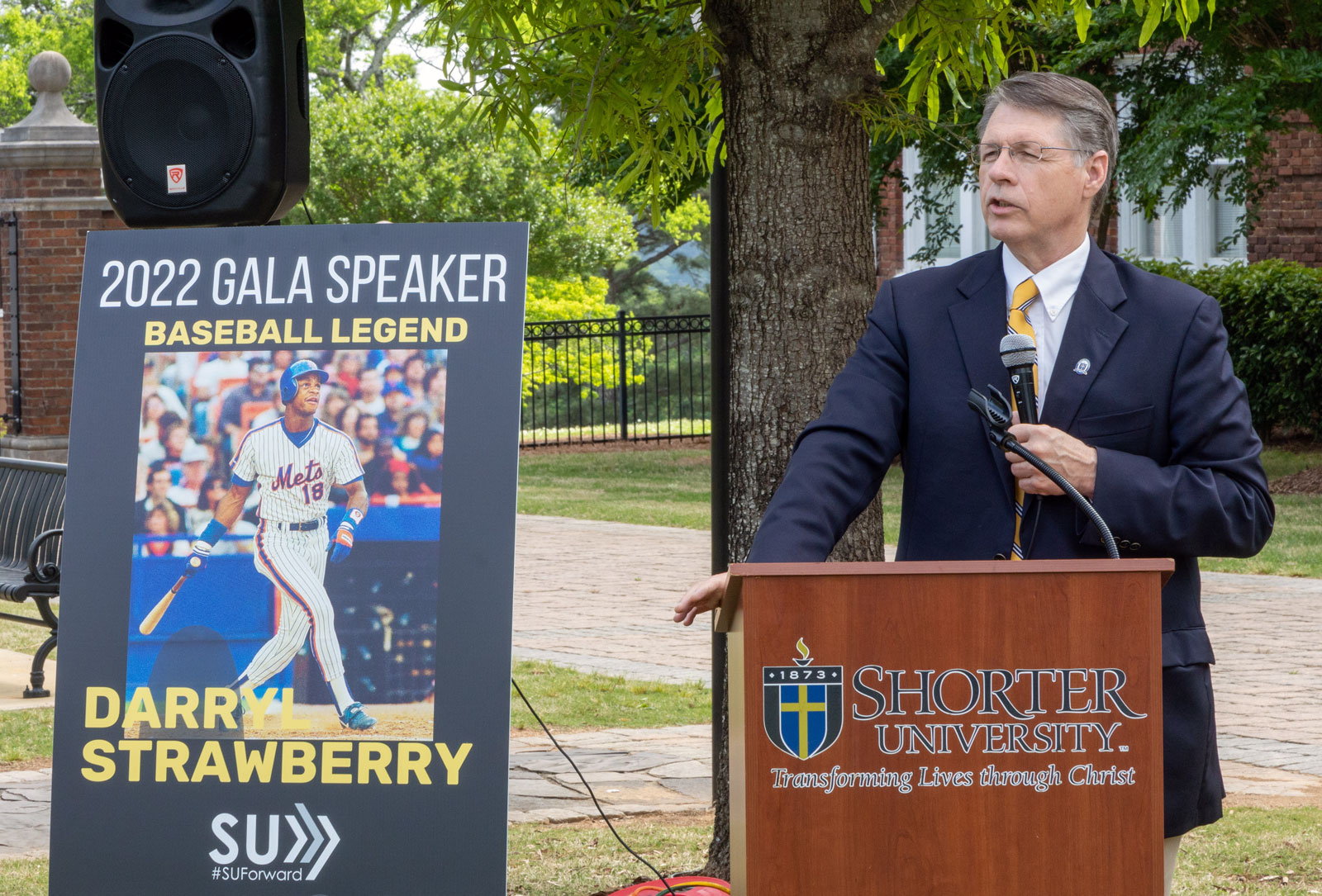 “This President’s Gala will be a joyous celebration of Shorter University’s 150years as an institution of higher learning and of how we are poised to move forward into our next 150 years,” said Shorter University President Dr. Don Dowless.

“We are delighted to feature Darryl Strawberry as our speaker. He had a storied career in Major League Baseball. Today, his purpose and passion are serving the Lord Jesus Christ by speaking a message of hope and helping others transform their lives through the power of the gospel.

Darryl Strawberry earned the legendary nicknames of one of the most-feared homerun hitters in baseball: Straw’s Sweet Swing, Strawberry’s Field Forever, and the Legendary Straw Man. He was the 1983 National League Rookie of the Year and Topps All-Star Rookie of the Year. In 1988, he was the National League homerun leader, and he twice won the Silver Slugger Award. He had 10 seasons with 20 homeruns, including three with 30 homeruns. Strawberry had three seasons with 100 RBIs and two seasons with 100 runs scored. He was part of four World Series championship teams.

Strawberry is the author of four books including the 2021 release, “Turn Your Season Around: How God Transforms Your Life.” He is co-founder of Strawberry Ministries, through which he shares passionately about the redemption he found through Jesus Christ.

‘An Exciting Way to Invest in Important Work’

“Shorter University is preparing today’s generation of students to move forward. As we enter our 150th year, our Christ-centered mission is more vital than ever. We invite the investment of individuals who want to empower Shorter to continue to impact students’ lives. The 2022 President’s Gala offers an exciting way to invest in this important work,” he added.

The event raises funds for student scholarships. Sponsorships and tickets are available at www.shorter.edu/gala.

Commencement Set for May 5, Dr. Tim Smith to Speak