Shorter University will honor two alumni –Joan Stogner Long and Tyler Thomas — with its 2016 Distinguished Alumni Awards. The awards will be presented during halftime of Shorter’s homecoming football game on Saturday, Oct. 29, at Barron Stadium. 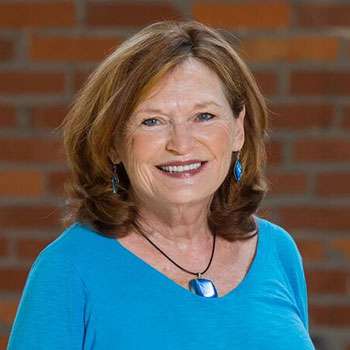 Joan Stogner Long, a 1971 graduate of Shorter, will receive the 2016 Distinguished Alumni Award. This award recognizes an alumnus or alumna who has demonstrated outstanding personal achievement, public service, or accomplishment in service to the global community.

Mrs. Long graduated from Shorter with a Bachelor of Science in sociology. Joan became a flight attendant for Trans World Airlines, and while serving as a flight attendant, ventured into the world of catering. She and her husband, Wayne Long, have owned and operated several top-rated restaurants and special occasion venues in the St. Louis area. Their Patty Long’s 9th Street Abbey Restaurant and Catering Company is currently rated the #1 catering business in St. Louis. Their catering business is celebrating 30 years, and their restaurant serves from 125 to 135 people during a typical lunch. Mrs. Long also owns Patty Long Catering’s Beyond Broadway and 9th Street Loft locations.

The Longs have been married 45 years and have three children. Joan is a volunteer and serves on the boards at the YMCA, St. Peter & Paul, and Harris House. While at Shorter, Joan served as class president, was chosen as homecoming queen, and was selected for inclusion in Who’s Who Among American Colleges and Universities.  She was a member of the Lady Hawks tennis team and the Sophomore Sabots. She says her Shorter experience taught her how to express her faith more clearly to others.  Her fondest memories are of sports and of time spent in the dorm with friends. 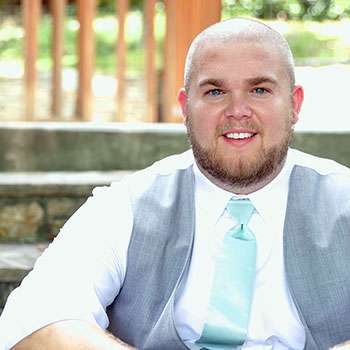 Tyler Thomas, a 2013 graduate of Shorter who serves as a seventh-grade English/language arts and math teacher and team leader at Pepperell Middle School, will receive the 2016 Distinguished Young Alumni Award, which honors a Shorter graduate from the past 10 years who has shown promise through his or her professional achievement, community service and/or dedication to the university and who embraces the Shorter University mission.

Thomas graduated from Shorter with the Bachelor of Science in Education with a focus in middle grades education. He received the Master of Arts in Education in 2015 from Piedmont College and is pursuing an Education Specialist degree in curriculum and instruction. In addition to his work at Pepperell Middle School, he is an adjunct instructor of education and mathematics at Shorter University and is also a certified Google Educator.

He credits his time at Shorter for his relationship with the Lord, saying that it was at Shorter that he built a foundation for him to serve the Lord and the Lord’s people.  His fondest memories of Shorter are the three years he spent on the Shorter Orientation Staff and being part of the Secret Sophomore Sabots.  He credits these organizations with helping him create some of his closest friendships. Thomas is married to the former Cassie Brown, a Shorter graduate who serves as the university’s director of student life.