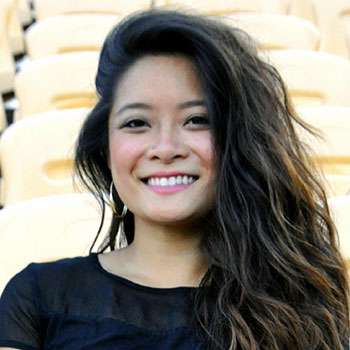 “Julianne brings a lot of excitement to our women’s lacrosse program,” said Aaron Kelton, interim athletic director at Shorter. “She has both national and international experience. She will build on the successes of our women’s lacrosse program and continue to lead our young women on and off the field. Her ties throughout Georgia and the region are very important for our recruiting.”

“Coach Pham is a wonderful addition to the Shorter University family, and we look forward to the leadership she will provide for our lacrosse program,” said Shorter University President Dr. Don Dowless. “Her experience as an NCAA Division I player and as a coach will serve her well. Most importantly, she has a passion for shaping the lives of the young women on her team and is committed to living out Shorter’s mission of Transforming Lives through Christ.”

Pham said she is looking forward to coaching at Shorter. “I can’t express enough how overjoyed and blessed I am to be joining the Shorter University lacrosse family,” she said. “I had been searching for the perfect fit and am thankful to have found a program that I feel will be a terrific environment to call home. I am excited to see how both the team and I will grow over time, and I can’t wait to keep adding to the solid foundation this program has already established. This season will be a fun one, and I am looking forward to the camaraderie and success to be cultivated during my time at Shorter.”

In 2016, Pham became head coach for the Munich lacrosse program in Germany and served as the defensive coach for the German National Team. She led her A team to be ranked no. 2 in the nation and to finish the fall season undefeated. They clinched the Milan International Tournament in January and will play for the German National Championship in June. The national team is aiming to play in the World Cup in London in July and, according to Pham, “they have a stellar, cohesive defensive unit.” She previously served as an assistant lacrosse coach for the varsity program at River Ridge High School in Woodstock.

A North Carolina native, Pham was a three-year letter winner in lacrosse at Duluth High School in Duluth, Ga., where she was nominated as team captain during her senior year. She was named first-team All-Gwinnett County for defense and played in the Georgia High School All-Star Game. Pham played lacrosse at the collegiate level at Division I Kennesaw State University, where she also earned a Bachelor of Science in Communication with a concentration in Public Relations and worked as social media marketing director for KSU’s Fifth-Third Bank Stadium, the KSU Sports and Entertainment Park.