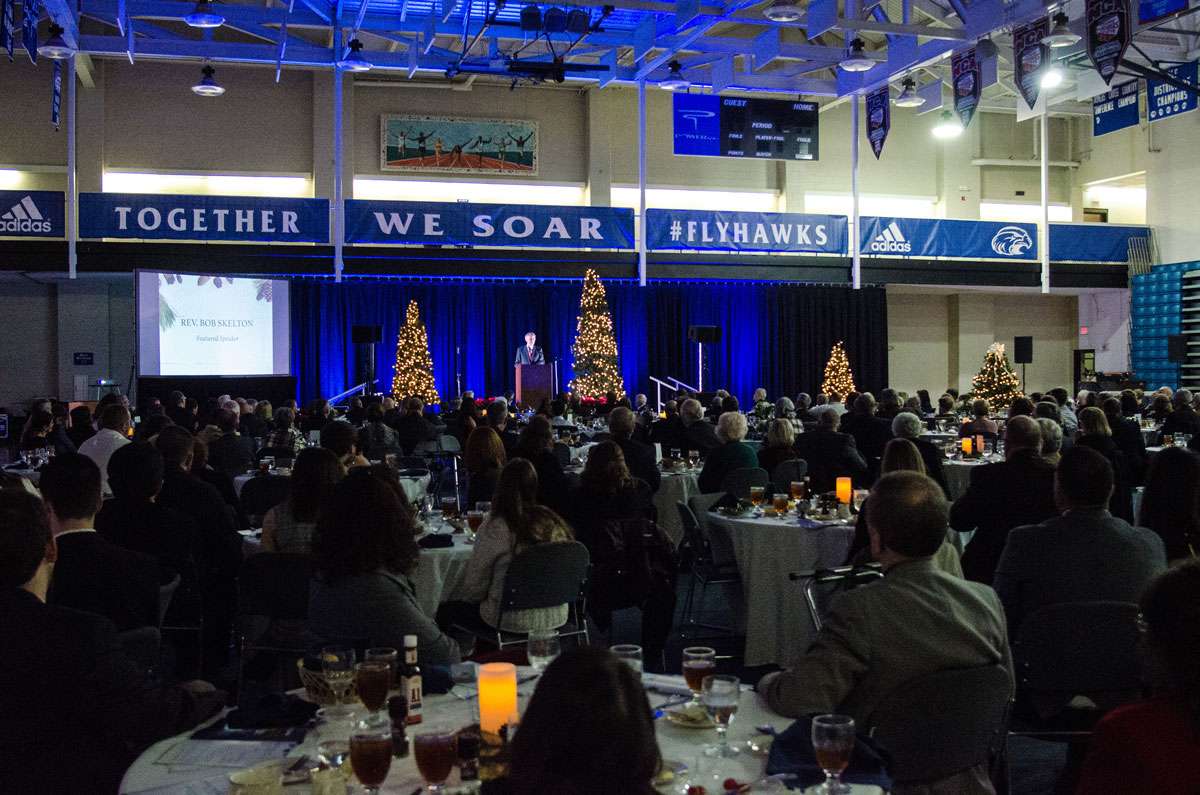 During the university’s Christmas on the Hill President’s Gala, Shorter President Dr. Don Dowless presented Rev. Skelton with a proclamation recognizing his significant contributions to both Shorter and the region.

“The Shorter University family is blessed to have Bob Skelton as a dear friend, and we are delighted to be able to celebrate his significant contributions to the Kingdom of Christ as well as to Shorter University and our mission of Transforming Lives through Christ,” Dr. Dowless said.

In presenting the award, he added, “Rev. Skelton has modeled a life devoted to serving others and honoring God through that service, focusing not on his own successes but on encouraging others to succeed, thus becoming an inspiration for the entire Shorter University community and a model for our students to emulate.”

Rev. Skelton was the featured speaker at Shorter’s Christmas on the Hill event and shared with the capacity crowd the story of how Shorter brought him and his family to Rome in 1971.

“I was in South Carolina at an event recruiting for Belmont, and I began talking with Dr. Kankakee Anderson, who was there representing Shorter,” Rev. Skelton recalled. “We enjoyed our time talking. The next day I received a call from Dr. Randall Minor, the president of Shorter. He said, ‘We want to hire you to come to Shorter to be our director of admissions.’”

Rev. Skelton and his wife, Vicky, happily made the move to Rome where he headed Shorter’s admissions efforts for several years. Since moving to Rome, Rev. Skelton has served with distinction in ministry as a pastor, minister of education and interim pastor at area churches. He also became founding director of the WinShape Foundation.

Rev. Skelton attended Truett McConnell College and Belmont University, did graduate study in Education at the University of Georgia, and earned his Master of Divinity from New Orleans Baptist Theological Seminary. He also received a certificate in Continuing Education from the Harvard University Graduate School of Business Administration.

See additional photos from the event.