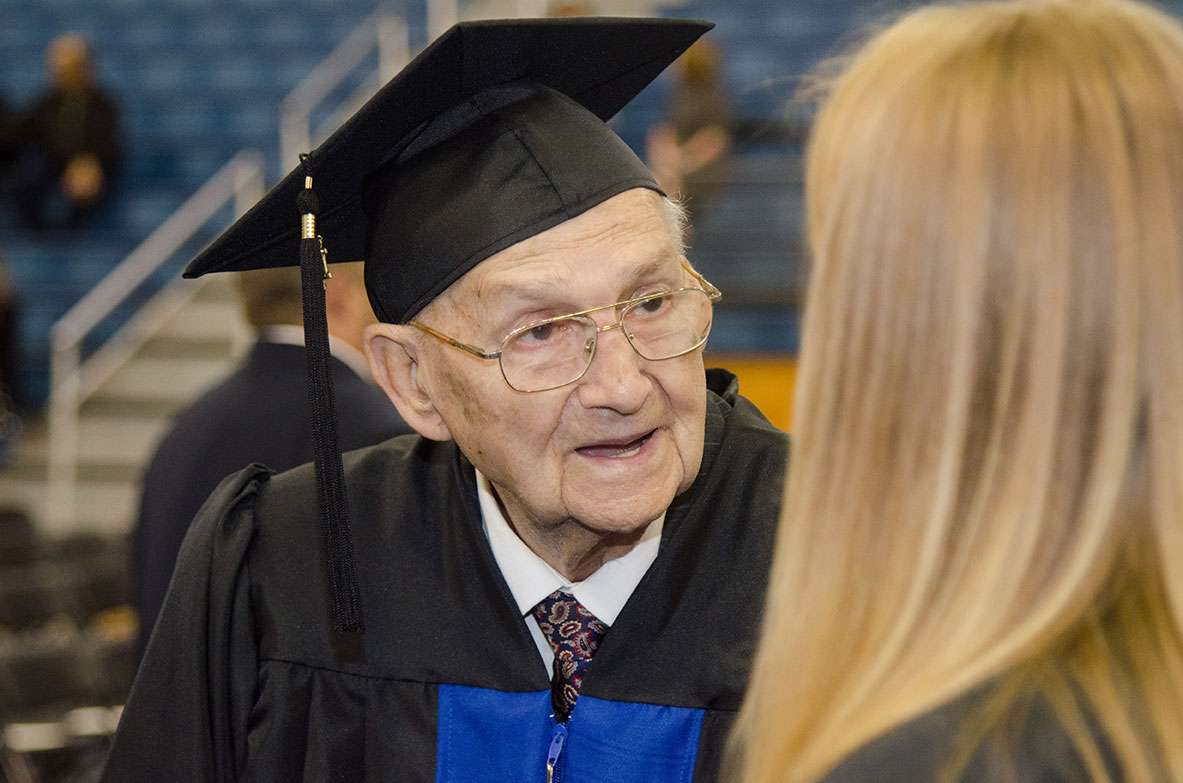 As Shorter University’s Class of 2017 walked across the stage at the Winthrop-King Centre to receive their diplomas, one graduate in particular was completing a very long journey.

Rev. Horace Sheffield first enrolled at Shorter in 1961 but left without a diploma in 1965 because his own daughters were soon to enter college. On Friday, May 5, 2017, the 88-year-old completed his journey and received his Bachelor of Science degree in Christian Studies. He is the first graduate of Shorter’s online degree program in Christian Studies.

“I didn’t care about having a diploma back then, but I’m getting my degree this time,” he said.

The retired pastor saidhe was inspired to complete his degree after reading a magazine article stating that senior citizens can often attend certain colleges and universities without paying tuition. He had left Shorter with 115 hours and came back determined to graduate. He said the Christian Studies faculty helped him to achieve his goal. 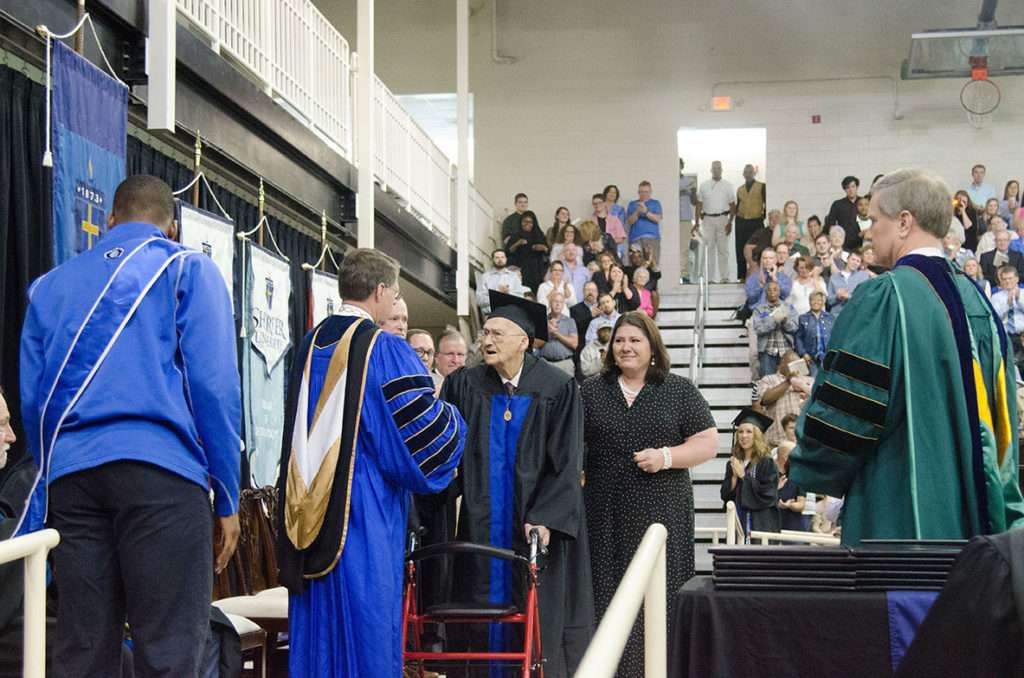 Also helping was his daughter and technical assistant, Amanda Brannock, who helped him type his papers and enter online assignments after he wrote them by hand.

“I saw him write until his hands couldn’t write anymore, and I’ve seen him focus so hard to the point where his vision wasn’t normal,” Mrs. Brannock said.

An early literacy teacher at a primary school, Mrs. Brannock said she believes Mr. Sheffield is one of the hardest working students with a great work ethic. She also said that he has been an inspiration to her as he has worked to achieve his goal.

The majority of the Sheffield family gathered to celebrate his graduation, including his two children, five grandchildren, and 14 of his 15 great-grandchildren. 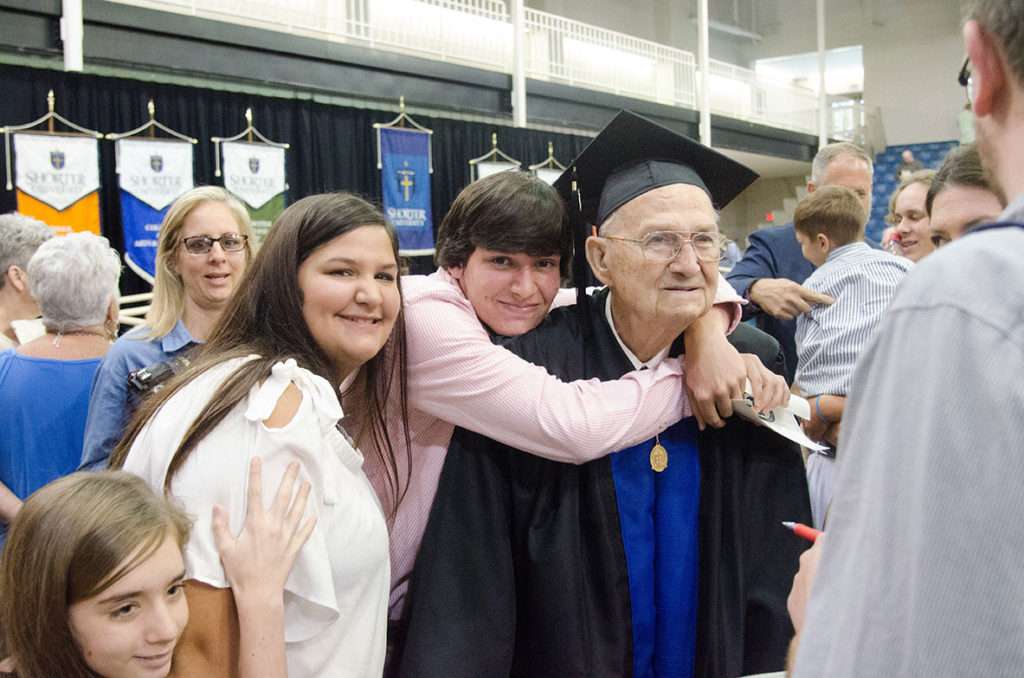 Rev. Sheffield hopes to motivate people of all ages to get as much education as they can as soon as they can. He believes he is called to challenge people to raise themselves to a higher level.

“I am living proof that you have no excuses,” he said.

A Facebook photo gallery of him wearing his cap and gown has gained hundreds of likes. In one photo, he is holding a sign that reads “With God all things are possible – Matthew 19:26.” He is living proof.