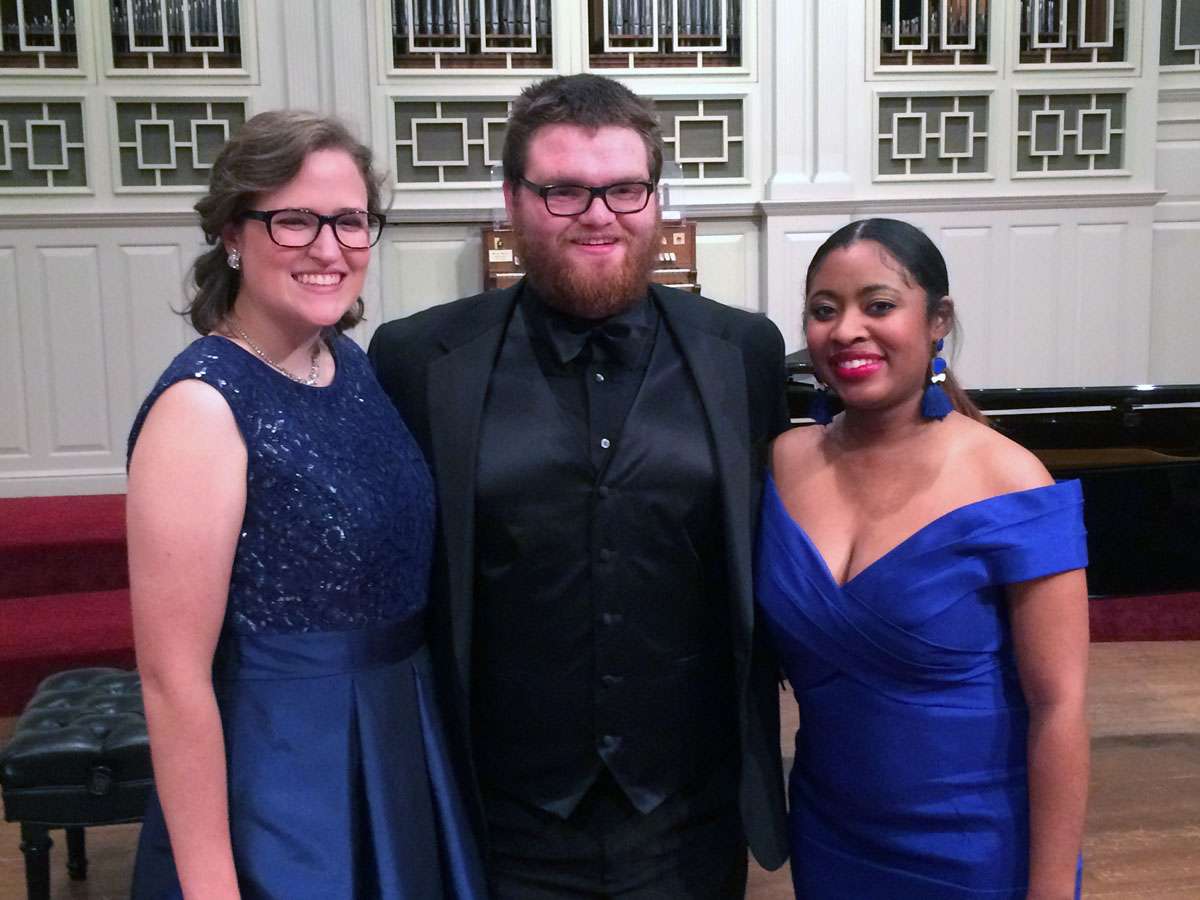 Exclusive to Shorter students, the scholarship competition was established by friends, family and colleagues of longtime Shorter music faculty members William and Mary Ann Knight to honor and reward Shorter University students who have achieved the highest levels of musical performance.

Fowler performed Notturno by Ottorino Respighi and Piano Concerto No. 2 in F Major, mvt. I by Dmitri Shostakovich. This was Fowler’s first time winning the competition.

“I honestly was so shocked and thrilled when I won,” said Fowler. “My two competitors are very talented young women, and I’m sure it was a hard call for the judges to make.”

“Becky has made much progress in her piano playing, and I’m excited for her to be recognized as winner of the piano category,” said Professor of Music and Coordinator of the Keyboard Program Dr. Jerico Vasquez. “Her performance was quite exquisite and showed much maturity and sophistication. I am very proud of her!”

“When I won, I felt proud and honored to know that people appreciate my voice and talent,” said Harriot. “I felt honored to be studying under such a wonderful teacher like Indra Thomas who does not let me strive towards anything other than excellence.”

“Kayla Harriot continues to exceed all of my expectations. Her silvery warm voice is sure to inspire and thrill anyone who hears her, and she is well on her way to becoming a world-renowned opera singer,” said Visiting Instructor of Voice Indra Thomas. “I am incredibly proud and honored to be her teacher and am especially proud of all of her accomplishments.”

Kibble performed Tableaux De Provence by Paule Maurice. This was Kibble’s first time winning the competition. This year was the first that the Knight competition included instrumentalists.

“Since I came to Shorter, I have wanted a competition for instrumentalists,” said Kibble. “It is quite an honor just to be in the competition, but to win is incredibly rewarding.”

“I am so delighted that Austin’s hard work has paid off in this way,” said Dean of School of Fine and Performing Arts Dr. John Reams. “The thing most special about Austin is his never ending desire to bring glory to God in everything he does.”

The Knights were longtime music faculty members of Shorter. Mr. Knight is retired distinguished professor of piano and taught at Shorter from 1963 until 2004. Mrs. Knight became a faculty member at Shorter in 1965 and retired in 2009; Mrs. Knight died in 2016. The Knights were selected as the 2010 National Teachers of the Year by the Music Teachers National Association.