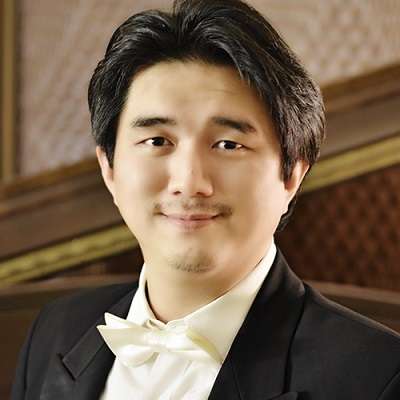 A native of South Korea, Yuman Lee serves as an Assistant Professor of Music at Shorter University in Rome, Georgia. He teaches voice pedagogy, opera literature, art song literature, voice seminar, and also gives private lessons. He is a member of Pi Kappa Lambda, the honor society of music, and is also a member of the American Musicological Society as well as the National Association of Teachers of Singing. His students were consistently placed in many competitions, including NATS and the Rome Music Lovers Club.

Dr. Lee holds a Doctor of Musical Arts in Vocal Performance from the School of Church Music, Southwestern Baptist Theological Seminary, Fort Worth, TX. As a recipient of the James McKinney Outstanding Performer Award from the President of SWBTS, he performed with the Fort Worth Symphony Orchestra. While there, he was selected as a vocal arts honors recitalist 2009-2010, 2011-2012, and 2013-2014.

Prior to moving to Texas, Lee received his Master of Music degree from the Thornton School of Music, University of Southern California, Los Angeles, CA, where he performed numerous operas, including Le Nozze di Figaro, Don Giovanni, I Capuleti e i Montecchi, and various opera scenes. Lee performed the role of Don Pasquale in Donizetti’s Don Pasquale in Italy during the summer opera festival in Viterbo and Rome, Italy.

Prior to moving to Los Angeles, Lee received his Bachelor of Music degree in Vocal Arts, with a minor in piano, from Kyung Hee University, Seoul, South Korea. As a junior, Lee directed a hundred-voice ensemble. As a senior, aside from the regular courses within the music school, Lee worked on La Boheme, Don Giovanni, and La Traviata in numerous opera workshops. In addition, at a graduation ceremony, he won the Distinguished Service Award from the President of the university.

Prior to moving to Georgia, Lee served as a Minister of Music at Ridglea Baptist Church, Fort Worth, TX. Currently, Dr. Lee serves as a church choir conductor at Korean Covenant Presbyterian Church in Marietta, GA. Yuman Lee is an active soloist, having performed in the United States, Europe, as well as South Korea.

Dr. Lee published his first book, It Is Enough!: Singing Oratorio Aria for Baritone: Handel and Mendelssohn in 2018. More details about this publication are available at Lazarus Tribe Media and Amazon.

Most recently, Dr. Lee completed a tour with Dr. Jericho Vasquez (Piano) of the complete Winterreise by Franz Schubert and released a recording of one of their live performances in 2020. The album, Winterreise is available on Spotify, Amazon Music, YouTube Music, and all other major music streaming platforms.

As a teacher, Dr. Lee’s philosophy is that each student is a unique person, having incomparable strengths, weaknesses, and intentions to the voice studio. I believe that the most critical ability students must learn is the desire to learn more about the art of singing and create independently. By fostering this desire, after they leave the school setting, students will engage in music and intellectual activities on their own. My purpose is to help my students be their own best teacher and support students’ growth into people who will contribute their knowledge and talents to society. I hope for students to comprehend the mind-body connection involved in singing, and I want them to experience singing as a great pleasure and natural expression of their feelings.

Dr. Lee is married to Myung Hee Ha, and they have three children: Joseph, Elizabeth, and Anna, as well as two cats (Penguin and Panther) and a dog (Louie).