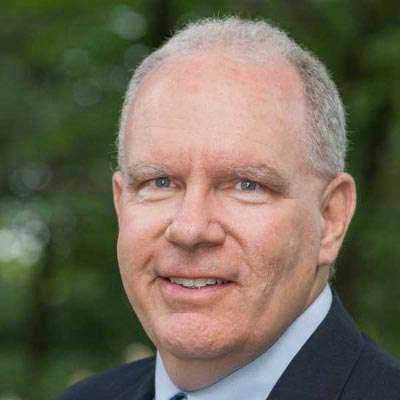 Tom Hart is currently in his third year as the Commissioner of the USA South Athletic Conference after joining the Conference in June of 2016. During his first two years as Commissioner of the USA South, Hart has led the successful transition of six new institutions into the conference making it the largest single conference in Division III.  In addition, under Hart’s leadership the conference office has enhanced conference communication, provided opportunities for conference student athletes to attend the NCAA Convention, secured an NCAA Ethnic Minority and Women’s Internship Grant for the Summer of 2018 and completed a conference wide salary survey.

Prior to the USA South, Hart was most recently the Interim Athletic Director of NCAA Division II-member Bluefield State College in Bluefield, West Virginia for the 2015-16 academic year. He brings 25 years as a Division III Athletic Director and coach to the Commissioner position. During his time at Bluefield State, Dr. Hart oversaw an upgrade to the athletics website, improvements to the baseball and softball facilities as well as the Athletics Hall of Fame transitioning to Athletic Department guidance.

Prior to Bluefield State, Dr. Hart spent two years as Director of Intercollegiate Athletics at Berry College in Rome, Georgia where he assisted the Vikings into Division III membership and was engaged with several new program initiatives including the Berry Athletics Booster Club, the first two years of the football program and preparing to add a full track and field program.

Before his time at Berry, Dr. Hart spent 21 years at Webster University, an NCAA Division III institution in St. Louis. He served as Athletic Director for 19 years while also coaching men’s basketball and men’s golf. As a coach, Dr. Hart is one of only six individuals ever named SLIAC Coach of the Year in two separate sports (golf and basketball). Under his direction, Webster athletics moved from a department with 72 student athletes and eight sports to one with 220 student athletes and 16 sports. Student athletes at Webster also graduated at a rate 10% above the student body during Dr. Hart’s tenure. Additionally, Dr. Hart twice served as President of the St. Louis Intercollegiate Athletic Conference and chaired the NCAA Division III Men’s Basketball Committee.

A native of Utica, New York, Dr. Hart graduated from Niagara University in 1983 with a Bachelor’s degree in physical education. Dr. Hart later earned his Master’s degree in Psychology from United States International University (San Diego) in 1985. In 2013, Dr. Hart earned his Doctorate in Management from Webster University where his dissertation focused on factors of persistence for NCAA Division III student athletes.  Dr. Hart and his wife Debbie reside in Rome, GA with their children Abby 15 and Josh 13.