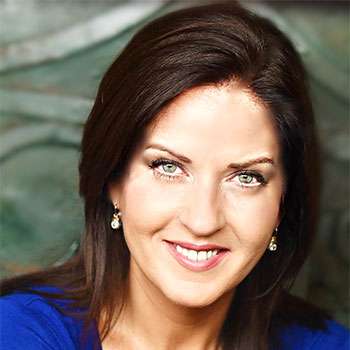 Sherrie Peterson, member of Actors Equity Association(AEA) and the Screen Actors Guild(SAG-AFTRA), holds a Master of Fine Arts in Acting from Regent University, having received her undergrad degree in Theatre from Samford University in Birmingham, AL. Sherrie is a Teaching Artist for the professional theatre company Kenny Leon’s True Colors Theatre in Atlanta, and is also the current Artistic Director for The Oak Theatre and Arts Conservatory Atlanta, Inc., a non-profit theatre company in Avondale Estates, Ga.

She also continues to pursue work in film and television when she is able. In the last 30 years, she has performed all over the world, from Austria to Alaska, and directed musical productions with full orchestras in Kiev, Ukraine and street theatre all over Scotland. She has founded international touring companies, two children’s theatres, and professional theatre ensembles that have continued for over 25 years.

Her favorite roles include Beatrice Stockwell in The Drowsy Chaperone, M’Lynn in Steel Magnolias, and Kay Frances in Lemons. She has also worked in film and television with Tyler Perry, Jim Carrey, and Tony Hale.

One of favorite parts of what she does is teaching and coaching other artists, in hopes of inspiring others in their calling as she continues to pursue her own. She is mom to Layne and L. B., who are both far more talented than she will ever hope to be. Sherrie thanks God and acknowledges that it is a privilege and calling to use her gifts to tell stories that can change the way people think, feel, act, and believe!