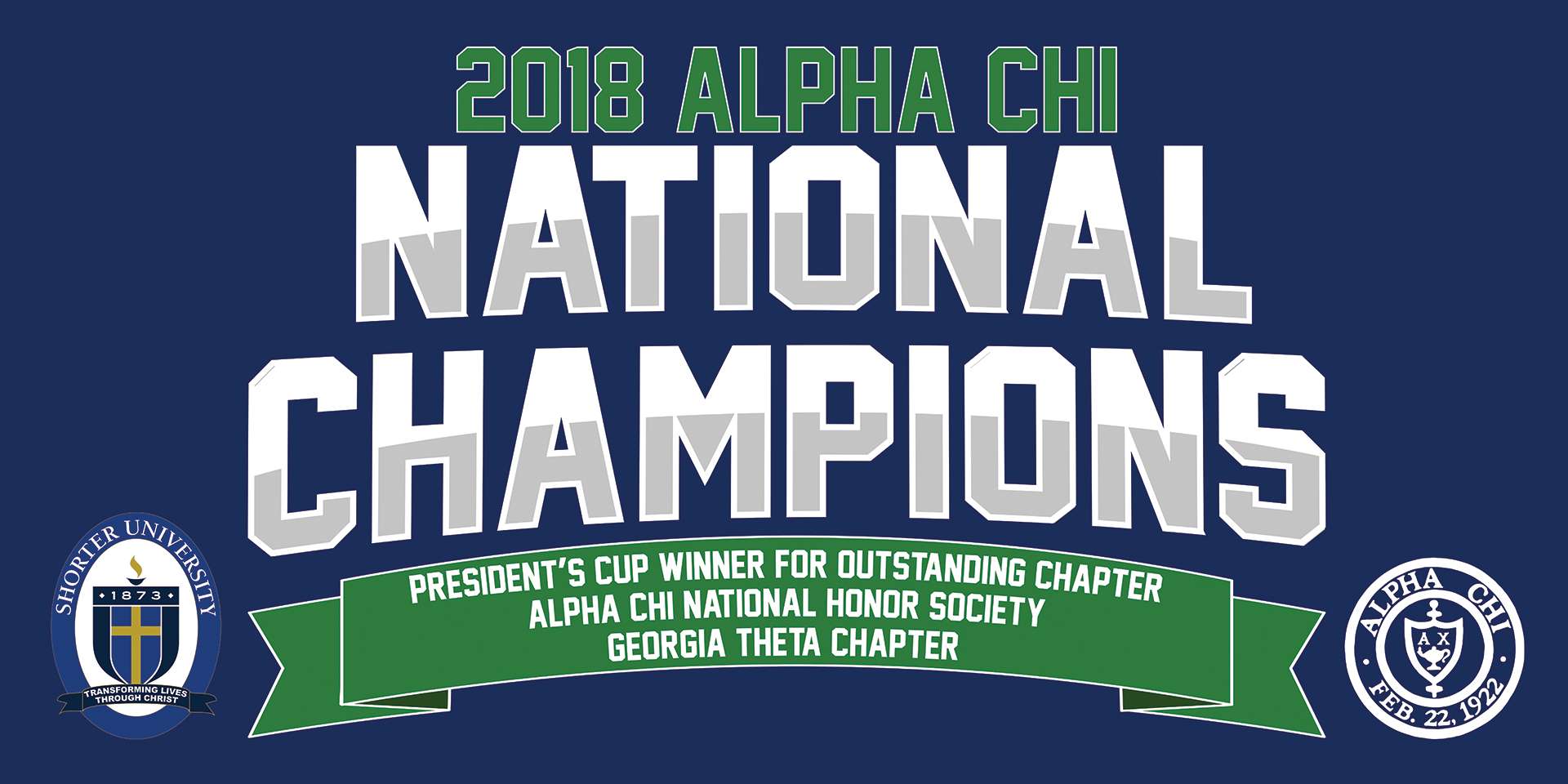 Alpha Chi is a prestigious national honor society open to the top 10% of Juniors and Seniors academically. Membership is by invitation only.

Since 1922, Alpha Chi has been promoting academic excellence and exemplary character among college and university students—and honoring those who achieve such distinction. As a national honor society, Alpha Chi provides many opportunities for leadership, as well as undergraduate and graduate scholarships. In fact, Alpha Chi typically awards $60,000 a year in 26 scholarships and fellowships to individual members. The society also publishes the Recorder, a scholarly journal for student publications, and offers conventions for students to gain valuable experience in presenting their work, as well as win cash prizes.

Shorter University’s chapter of the Alpha Chi Honor Society received the 2018 President’s Cup, the most prestigious award that the national honor society has to offer. 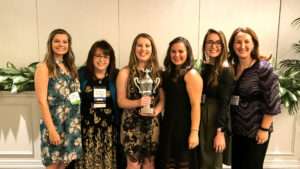 “This award is based on our last five years of work and says we are the best Alpha Chi chapter in the country,” said Dr. Kathi Vosevich, Shorter’s associate provost and chapter sponsor who also serves Vice President of Alpha Chi’s National Executive Council and Regional President for the honor society’s Region III for 2018-2020. “With some 300 chapters, located in almost every state, the organization inducts approximately 11,000 members annually – and we won! This is a huge honor for us.”

“The entire Shorter University community is proud of the work of our Alpha Chi chapter,” said Shorter University President Dr. Don Dowless. “The chapter has been recognized as a Star Chapter for eight consecutive years, and winning the President’s Cup takes their success to the next level. Such an achievement represents the hard work of the student members of the honor society, the chapter’s officers, and the sponsors, Dr. Kathi Vosevich and Dr. Barsha Pickell. We congratulate them all.”